“To be honest there’s a version on that song with PND and Wayne. Couldn’t clear ’em so I leaked the one with Wayne and it got taken down. Really didn’t care how long it was up, wanted y’all to hear it” 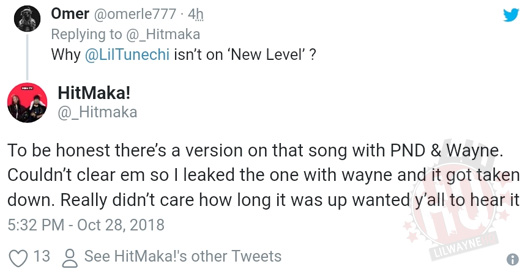