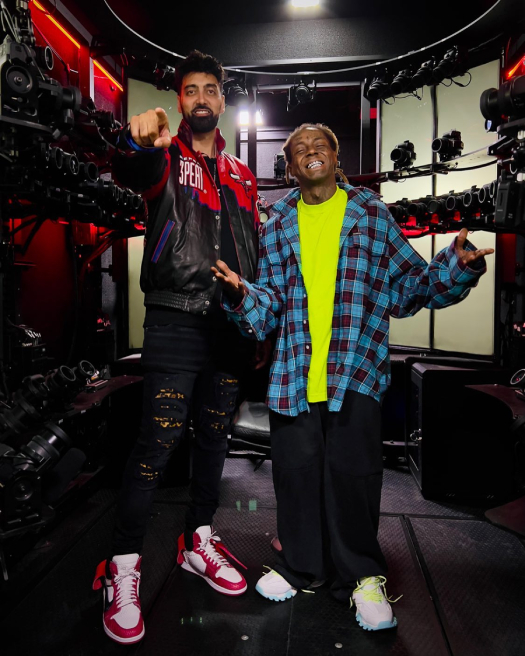 You dropped the game off for Travis Scott, you have J. Cole on the cover, you had Lil Wayne at your launch event, how have you made those connections?

“The Wayne thing, he’s the best rapper of all-time, probably. I had been working on that for a while. When he shouted me out in the middle, I was like, ‘What the hell is happening?’ I think we’ve earned our position there, and it’s taken years and years of shifting the game, the tremendous amount of work our studio does to be relevant. That has allowed us to put J. Cole on the cover, that wouldn’t have worked 10-years ago. But his place in basketball, our place in music, allows that marriage to happen. Wayne, the commercial with Jack Harlow, I worked really hard on that one as well to get him. He was super excited to do it, he brought a lot of his own creativity, so just having these willing participants is amazing, but it comes from the fact that we’ve worked tirelessly to have a position there where we set up that intersection with music, culture, and fashion.”