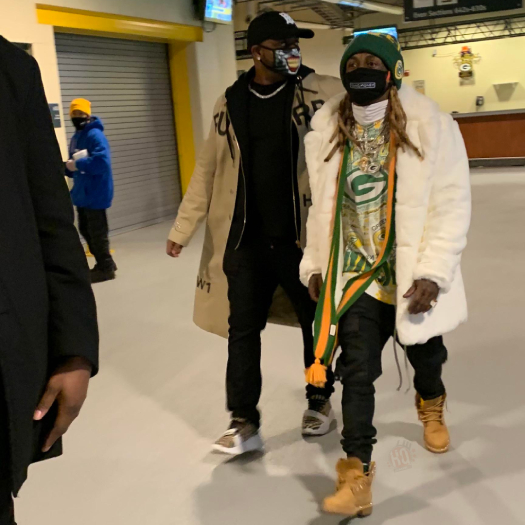 Aaron Rodgers was a special guest on the final episode of Season 5 of Serge Ibaka‘s “How Hungry Are You?” series, which you can watch down below.

During their sit-down talk at the 7:10 mark, the Mafuzzy Chef asked Aaron if he was a fan of Lil Wayne to which he answered: “I am a big fan of Lil Wayne, been a fan of his since he was on that Juvenile song ‘Back That Azz Up‘ back in the day.”

The Green Bay Packers quarterback and 4x NFL MVP winner also spoke about Weezy‘s “Green And Yellow” remix, as well as what he really thought when Tunechi tweeted “RIP to the season we should’ve gotten rid of 12 before the season” just under 2 months ago!