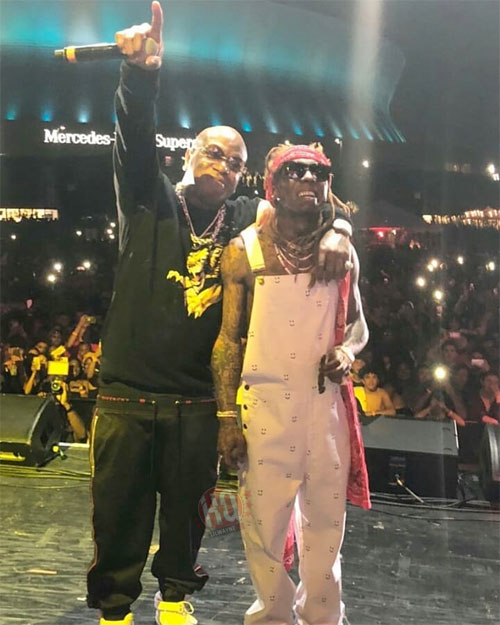 If you couldn’t attend this year’s “Lil Weezyana Fest” and do not have a TIDAL account, I have decided to post up some fan footage that was captured from Champions Square’s Bold Sphere Music in New Orleans on August 25th.

In these clips, which you can check out below, Lil Wayne can be seen performing songs live that he never usually does, such as “I’m A Dboy“, “Money On My Mind“, “Cash Money Millionaires“, “BM J.R.“, and more.

What are your thoughts on the 4th annual “Lil Weezyana Fest” by Weezy? Do you think it’s the best one yet? Let me know in the comments section!

END_OF_DOCUMENT_TOKEN_TO_BE_REPLACED 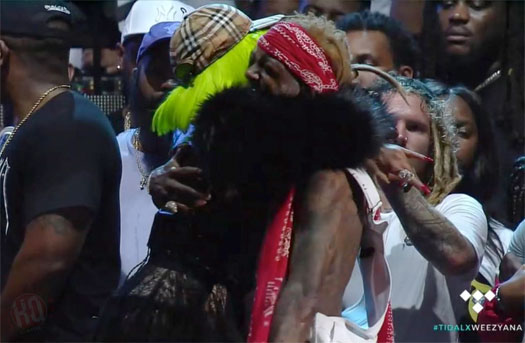 We have previously seen some footage of Birdman making a public apology and Lil Wayne spitting a new freestyle, and now we can see some footage of Wayne bringing Nicki Minaj out during his 2018 “Lil Weezyana Fest”.

The Young Money Barbie walked out to her “Barbie Dreams” song before then performing her verse off YG’s “Big Bank” single live for everyone in attendance. She also took Weezy‘s blunt off him while he was sitting down to watch her perform.

You can check out some clips showing all of this from the 4th annual “Lil Weezyana Fest” in New Orleans, Louisiana on August 25th below. How hilarious was it when Tunechi managed to get a quick look at Nicki‘s behind!

END_OF_DOCUMENT_TOKEN_TO_BE_REPLACED 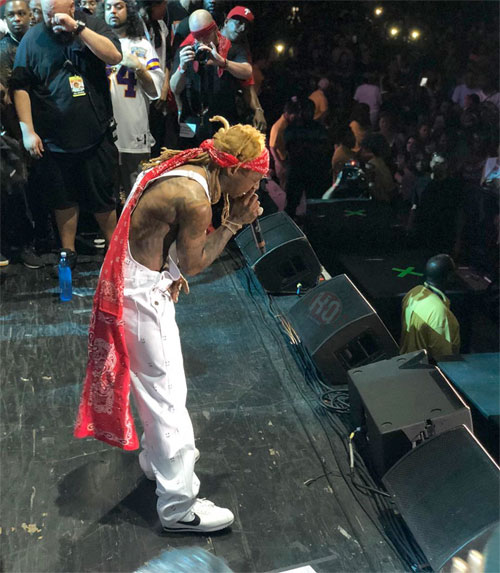 “I told my homie: ‘I know where to find him’; He said: ‘you late, we already got ’em; And by the way, it was an honor’; That made my day, I was so proud of him; I gave ’em something from my favorite designer, and a chihuahua”

You can watch Tunechi rap this new verse after the jump below. Click here to also see Birdman make a public apology to Tune at the 4th annual “Lil Weezyana Fest”!