END_OF_DOCUMENT_TOKEN_TO_BE_REPLACED

Billboard recently asked The Game about why he got involved in Young Thug and Lil Wayne‘s beef. If you don’t recall, Game threatened Thug for going at Weezy during at a nightclub appearance in New Orleans back in May.

The Game revealed that he dissed Young Thug because he is a longtime friend of Tunechi and if he didn’t get involved, then he wouldn’t be a good friend at all. He also mentioned that he is more vocal than Tune when it comes to beefs.

You can read everything that Game said about the situation after the jump below!

END_OF_DOCUMENT_TOKEN_TO_BE_REPLACED

Last month, Birdman and Young Thug were both named in an indictment alleging that they were involved in the shooting of Lil Wayne‘s tour bus outside of Compound nightclub in Atlanta on April 25th.

A couple of weeks later, Baby then mentioned in an interview with Angie Martinez that he had nothing to do with the shooting and that he would never try to kill Weezy, because that’s his “son”.

Now according to TMZ, the alleged shooter Jimmy Carlton Winfrey aka Peewee Roscoe has named Birdman in new court documents saying that Baby should be held responsible for the crime, as well as that he should be locked up behind bars too!

END_OF_DOCUMENT_TOKEN_TO_BE_REPLACED 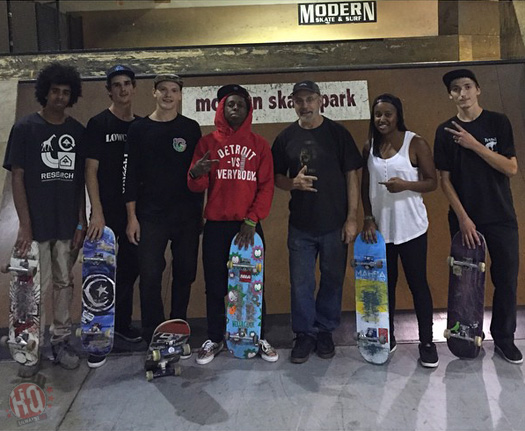