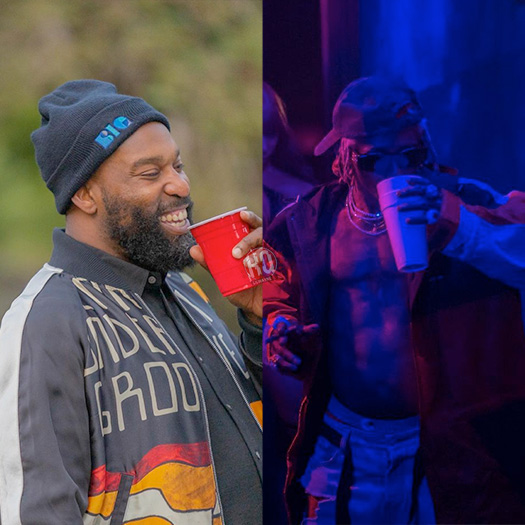 END_OF_DOCUMENT_TOKEN_TO_BE_REPLACED

Terminator aka Term aka El Jefe, who is the person that put Lil Wayne on his Bloods set, has hinted Wayne is featured on the upcoming remix to Drake‘s “Hype” song.

On Instagram, Term posted a screenshot of him listening to “Hype” with the caption: “remix let dat @liltunechi verse drop tho active @champagnepapi #HYPE I kan not give you mi recipe werd 2 @capitob #BixGod #VIEWS”

Drizzy revealed in a new interview here that he will be dropping some more new music this summer which didn’t make his VIEWS album, so hopefully we will hear the remix this summer! Who else can see Weezy killing the “Hype” beat?

Check out part 2 of Lil Wayne‘s interview with DJ Amanda Seales for MTV’s Hip Hop POV show in the video above. They discuss how skating has influenced Tune to stop wearing jewelry, how he came up with the term “bling bling”, his drug use (says it is not affecting his music at all), TRUKFIT, Mountain Dew, why he wore tight pants aka “jeggings” at the VMAs last year, and more. Weezy also shows Amanda around his Miami crib including his bed room and confirms that he has a shoe deal with Supras coming soon, as well as a partnership with Beats By Dre headphones and Reebok.