Lil Wayne Has Been Sentenced To A Year In Prison

The time has finally come for Lil Wayne… he got sentenced to one year in jail earlier today at around 2PM. As previously reported, Wayne‘s sentencing got delayed a couple of times due to dental surgery and a fire. If Weezy maintains good behavior inside prison, his sentence can be shortened to up to eight months which would mean he would be out later this year. Lil Tunechi‘s very last tweet on his twitter account reads: “Law is mind without reason. ……………..I’ll return”, and here is an update from today inside the Manhattan courthouse courtesy of J-Rod: “Lil Wayne didn’t speak in the court room, but nodded that he understood the charges. Then he nodded again to Birdman as police cuffed him”.

Even though we won’t be seeing Wayne for a while, we will still be getting new music and music videos from him throughout his time in prison. He shot around 30 to 40 music videos before his jail sentence and some of the music videos we can be looking forward to are: “Steady Mobbin’” and “Single” from the No Ceilings mixtape. Also, I’m not 100% sure, but Wayne might be able to use his Twitter while in prison to keep his fans updated.

LilWayneHQ wants to send/give all the support to Lil Wayne, and we will see you in close to a year… FREE WEEZY ❗

Hit the jump to see more photos of Wayne, including him sleeping on the plane journey to New York, a video of Wayne appearing to court, The Game speaking about Tune going to jail, and a video of Birdman and Slim outside the courthouse. You can also see some pics of Weezy in the courtroom here. 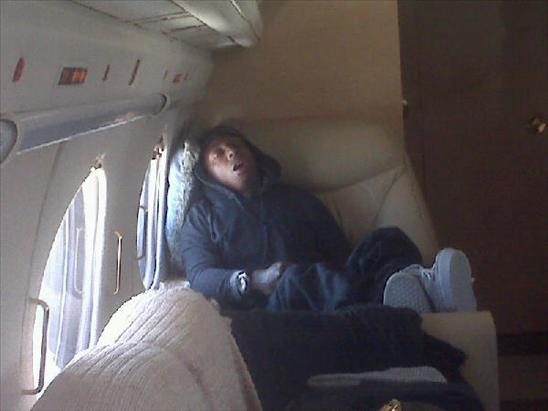 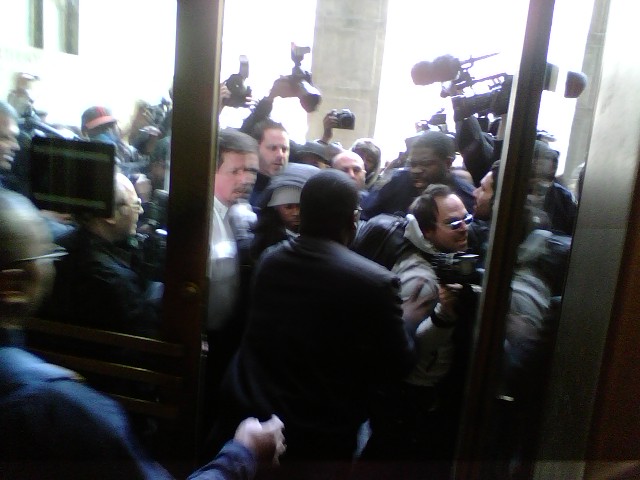 As you can see, lots of people turned up to show support.