We have just finished all of the lyrics to Lil Wayne‘s latest album, I Am Not A Human Being. We did the lyrics to every single song, including the bonus tracks that will be included on the hard copy version of the album.

After the jump, you can read who US President Barack Obama listens to on his iPod in an interview with Rolling Stone Magazine. 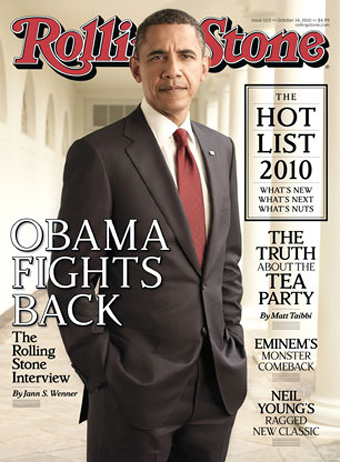 What music have you been listening to lately? What have you discovered, what speaks to you these days?

My iPod now has about 2,000 songs, and it is a source of great pleasure to me. I am probably still more heavily weighted toward the music of my childhood than I am the new stuff. There’s still a lot of Stevie Wonder, a lot of Bob Dylan, a lot of Rolling Stones, a lot of R&B, a lot of Miles Davis and John Coltrane. Those are the old standards.

Thanks to Reggie Love, the president’s personal aide, my rap palate has greatly improved. Jay-Z used to be sort of what predominated, but now I’ve got a little Nas and a little Lil Wayne and some other stuff, but I would not claim to be an expert. Malia and Sasha are now getting old enough to where they start hipping me to things. Music is still a great source of joy and occasional solace in the midst of what can be some difficult days.