“You got my room key Nicki?” hahaha

Above, you can watch some footage of Lil Wayne, Birdman, Mack Maine, and Marley G at Nicki Minaj’s official “I Am Still Music Tour” after party in Detroit last Saturday (April 2). The after party took place at Kingdom Nightclub, and it’s cool to see Weezy rap to his older songs like “Beat Without Bass“. Hit the jump to watch more footage from the after party! 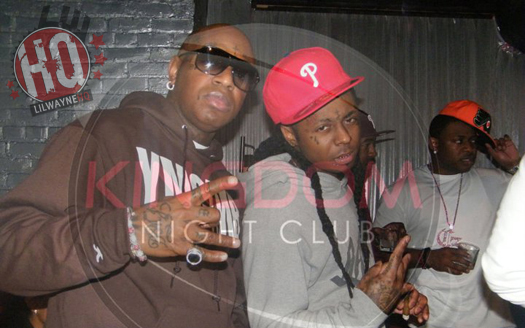