During a studio visit, Lil Wayne revealed to Detail a treatment that he had written for the clip. “Wayne wrote every scene: He told me scene by scene by scene,” the producer said to MTV News. “It’s gonna have a big, big, big effect, and it’s going to shock you because the perspective you might look at it as. He kinda tapped into a different perspective of the song and gave a different enlightenment on how you can consider a girl and how they’re in a forever pursuit trying to find love.”

Detail didn’t want to give too much away, but was so excited by Wayne’s treatment that he is already looking forward to crossing rap’s boundaries and attending some very different events. “After he showed me the video concept, it’s like, ‘Yo, dude, we’re gonna be at the Country Awards with this record,’ ” Detail said, laughing. “We gonna be sitting next to Taylor Swift.” – MTV

Tune‘s “How To Love” single was released last week, and is currently on the top 10 iTunes singles chart. You can also read our interview with Detail here, in case you missed it earlier.

After the jump, you can view the flyer for Weezy‘s “I Am Legend” party on Sunday, June 5th in New Jersey that will be hosted by Hot 97’s Angie Martinez: 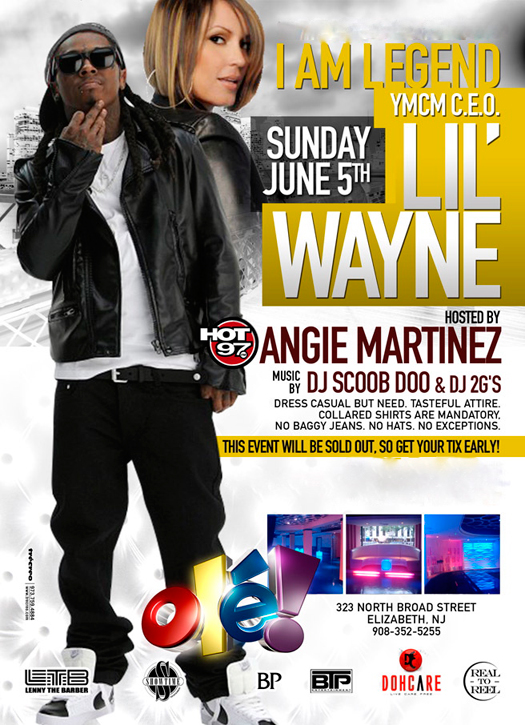