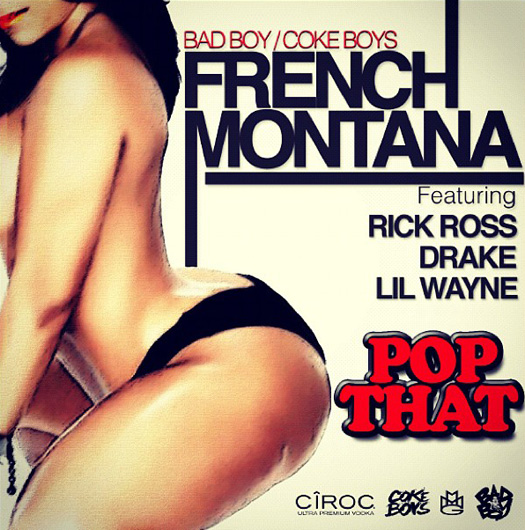 Check out the first single from French Montana‘s upcoming Excuse My French album, due to be released on July 17th. The track, which is called “Pop That“, features Lil Wayne, Drake, Rick Ross and samples Uncle Luke‘s “Pop That Pussy” song.

A music video for this single has already been shot in Miami, so we can be looking forward to that being released soon. You can listen to “Pop That” below: