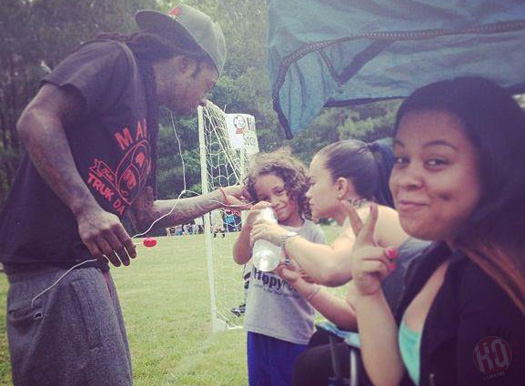 The mother of Lil Wayne‘s second child, Sarah Vivan, recently chopped it up with BlogXilla from Global Grind for a one on one interview.

During their conversation, Sarah talked about first meeting Wayne at a nightclub in Cincinnati, who she thinks Dwayne Michael Carter III looks like more out of herself or her daddy, being a mother, Wayne announcing that they were expecting a child at the 2008 BET Hip-Hop Awards, thirsty rappers, Reginae Carter‘s relationship with her step-brother, working as a radio host, being known as Wayne‘s baby mama, why she feels people are more interested in Wayne‘s other baby mothers than herself, and more.

You can watch the full interview in the clip below and read more about Weezy F Baby‘s family here!