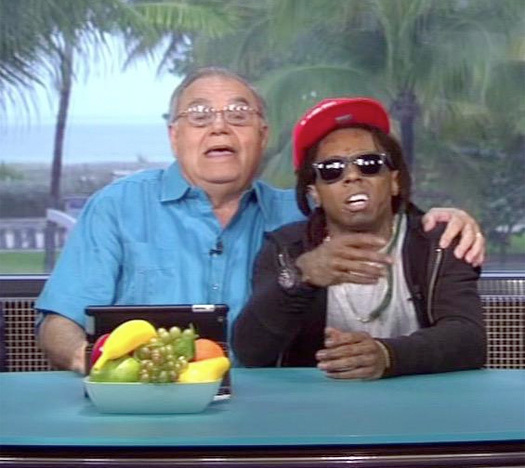 On the show, Weezy played a game of “Si Or No” with Dan Le Batard, Bomani Jones, and Papi that ended in Papi nearly stripping naked, which you check out below.

You can also watch a video of Tunechi and Papi performing “HYFR (Hell Ya Fuckin’ Right)” on ESPN’s “Highly Questionable” after the jump below!