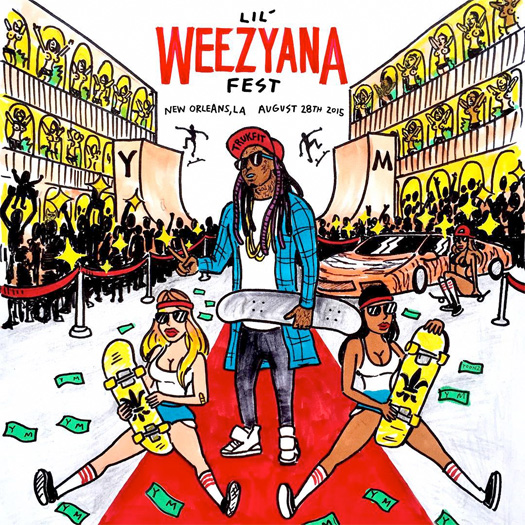 Next month on August 28th, Lil Wayne will be hosting his very first music festival in his hometown New Orleans, Louisiana called the “Lil Weezyana Fest“.

The show will be taking place from 7PM at Champions Square’s Bold Sphere Music and it’s been confirmed that Weezy will be reuniting with the Hot Boys Turk and Juvenile together on stage, as well as Mannie Fresh.

You will be able to purchase pre-sale tickets for this music festival on Wednesday (July 8th) and general public tickets on Saturday (July 11th). This “Lil Weezyana Fest” will also be streamed live by Jay Z’s streaming service TIDAL!