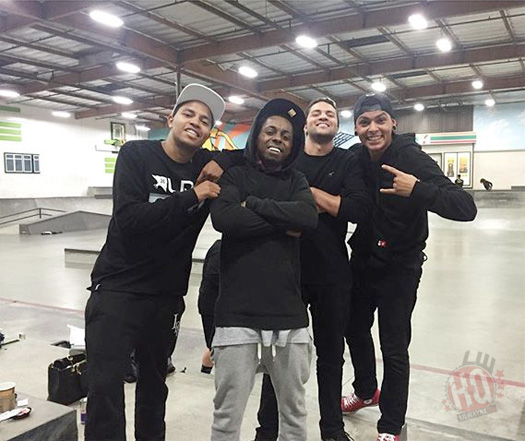 A few days ago in Los Angeles, Lil Wayne hit up The Berrics, which is a private indoor skate park owned by professional skateboarders Eric Koston and Steve Berra, for a skateboarding session.

Tunechi was joined at the skate park by Evan Hernandez and YoYo. You can check out some footage of Tune trying out new tricks during the skating session after the jump below!