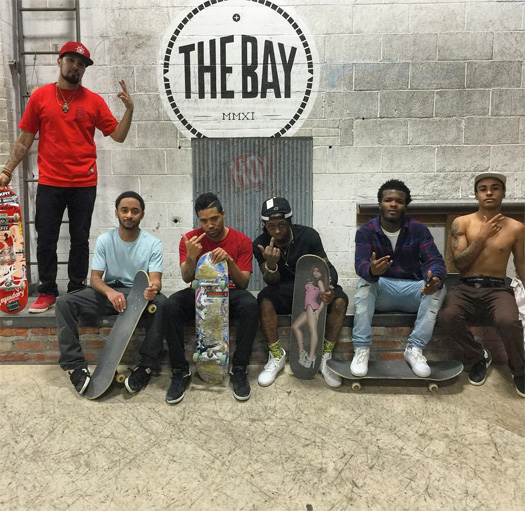 On March 6th after the very last stop on his “The Dedication Tour“, Lil Wayne hit up The BAY skatepark in Lincoln, Nebraska for a late-night skateboarding session.

Tunechi was joined at the indoor skatepark by T@, Tyreek Morrison, YoYo, Andre Colbert, and Edgar Benitez. You can check out another pic of Tune at The BAY after the jump below.

Also below, you can watch a short clip of Weezy skating at the Lincoln skatepark, which shows just how much he has improved at the sport! 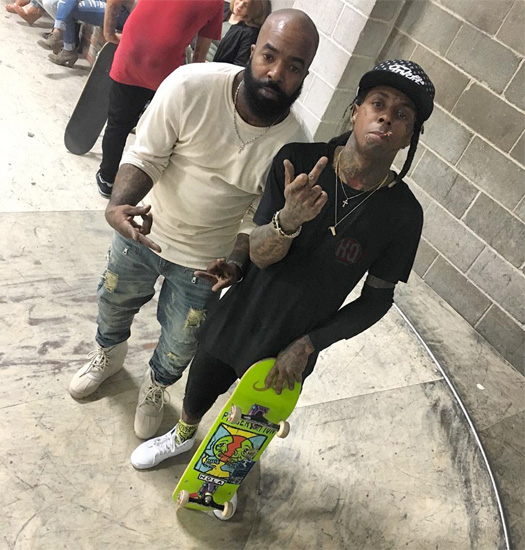