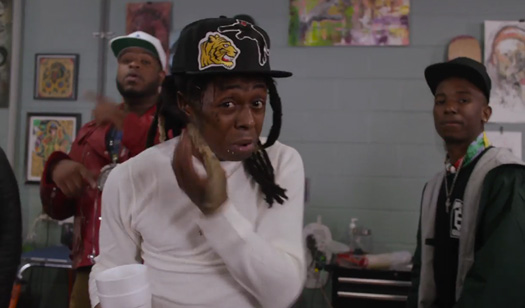 Check out the official music video for S-8ighty‘s “Halfway” remix featuring Lil Wayne in this post.

The visual, which was directed by Tough Town, was shot in New Orleans on January 30th and has appearances from Mannie Fresh and Fee Banks.

Click here and here to watch some behind the scenes footage from the “Halfway” video shoot!