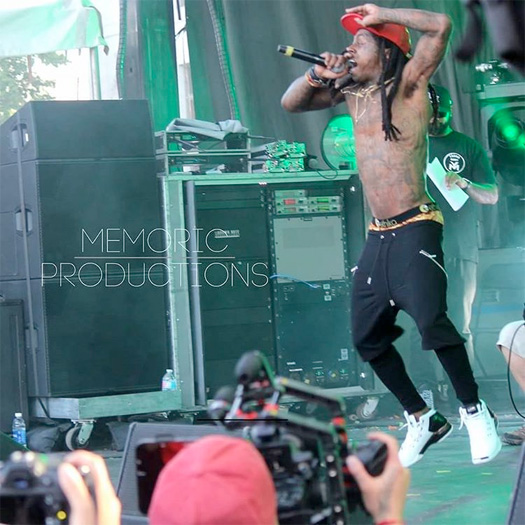 On May 21st, Lil Wayne performed live during this year’s 420 Rally music festival at the Civic Center in downtown Denver, Colorado.

During his live performance, Weezy let the whole crowd know that he is still unhappy with his record label: “fuck the bullshit, fuck Cash Money”.

You can watch Tunechi express his anger at Cash Money Records during the 2016 420 Rally show after the jump below!