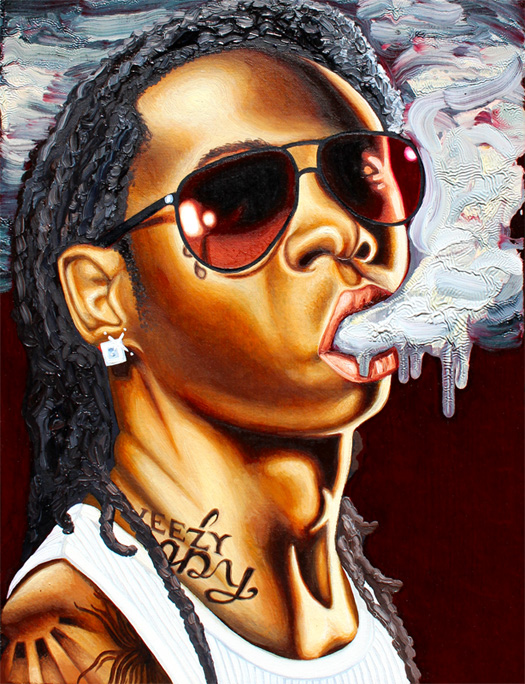 NOWhere Limited have announced an exclusive release of a Lil Wayne painting that was created by New York-based artist Tom Sanford.

Only 100 of these signed archival pigment prints, which are approximately 22 x 17 inches, have been made. They are printed on acid free paper and cost $100.00 per copy.

You can read why Tom decided to create this painting of Weezy that will be used as the cover art for Adam Bhala Lough‘s re-release of The Carter Documentary after the jump below. Adam also sent me one of these prints (I’ll take a picture for you all soon) and it looks even better in person!

I made this painting of Lil Wayne back in 2009, the same year Adam Bhala Lough released his documentary “The Carter.” Now, seven years later, my painting is being used as the cover art for the internet re-release of the film and so we thought this would be a wonderful reason to issue a print of the painting.

The painting is one that I find particularly successful in a technical sense. Inspired by Otto Dix’s 1913 self portrait of the young artist smoking, I hoped to engender a similar expressionistic pathos by juxtaposing a finely painted portrait of Dwayne Carter with a much more expressionistic style in painting the pot smoke coming out of his mouth, gooey and thick with oily medium.

When Bhala approached me about using this image for the re-release of “The Carter” I was incredibly flattered. His film is a powerful documentation of Lil Wayne’s surrealist-like artistic process and his alienation as he descends into a drug induced isolation. Adam’s documentary perfectly captured my ambivalent feelings about this fascinating artist’s life and work. I love the painting I made, but his documentary is a masterpiece and I am thrilled to have this association with “The Carter.” 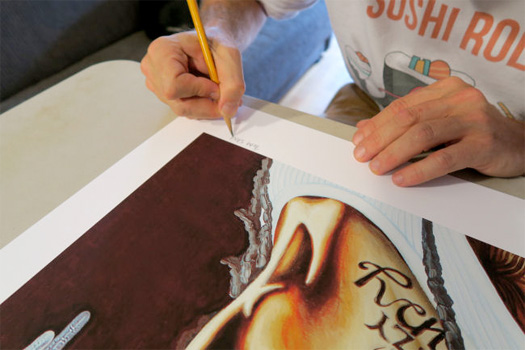