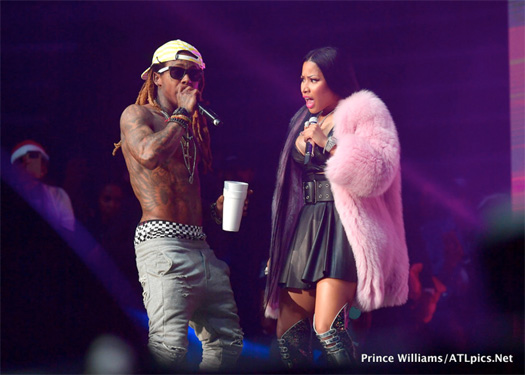 Weezy came out at the Philips Arena to his “A Milli” song before then performing “Steady Mobbin’” live with Gucci himself.

Later on in the show, Nicki Minaj and Tunechi performed their “No Frauds” collaboration live together too. You can check out some footage from the concert below!