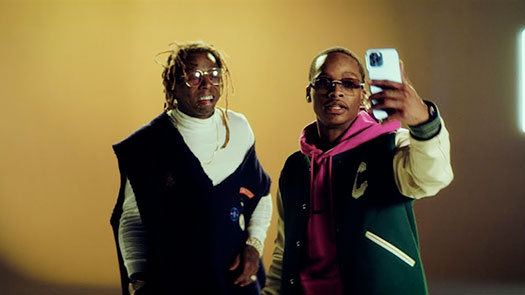 “Mack Maine was telling me Wayne works so much that he needs two different assistants. When one assistant falls asleep, the other assistant wakes up because nobody’s up enough to stay up with him. The man be in the studio for 32 to 36 hours. What I got from that was to outwork everybody. I talked to Wayne about it at the video shoot, and that’s what he told me. He’s like: ‘Bro, just outwork everybody. Everybody doing what they do, but nobody works harder than me. That’s how I stayed relevant for so long because nobody works harder than me. We’re in the studio for days. We don’t go home, no shower, no nothing. We in there rapping. And there’s so much on a man brain you could rap all day.'”