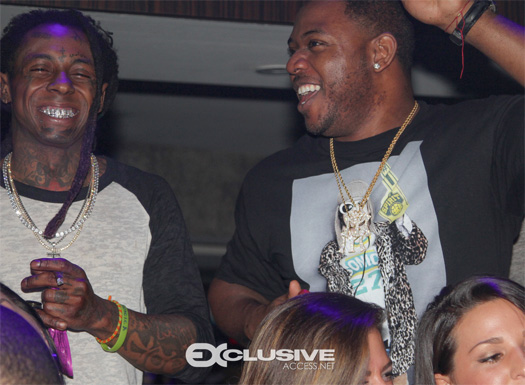 Lil Wayne‘s long-time friend and the Young Money President, Mack Maine, recently spoke with Adam Aziz for his article on The Undefeated about rap album lengths.

Mack talked about how the music industry has evolved from when him and Wayne first started way before digital streaming was a thing and confirmed Weezy has a project coming out that will be 10 or 11 songs only (it’s possible that this could be Trust Fund Babies)!

“Wayne had never released an album in the streaming era [until Tha Carter V]. Everybody was like: ‘Yo, you gotta put more tracks on there because that’ll get the streams up.'”

“Wayne’s thinking process, from what he and I spoke about, was we look at our albums as feeding the people like food, so he always wanted to make sure the consumer was full after they listen to the album. We have a project coming out soon that will only be 10 or 11 joints.”