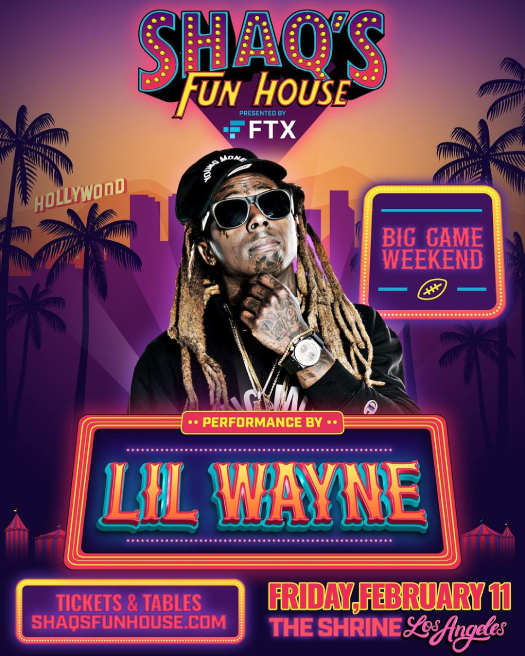 Lil Wayne has been announced as a headliner for Shaq’s Fun House, which will be taking place during Super Bowl Big Game Weekend at the Shrine Auditorium and Expo Hall in Los Angeles, California on Friday, February 11th.

If you wish to attend the FTX cryptocurrency-hosted festival and see Tunechi perform live, as well as Zedd, Diplo, DJ Irie and DJ Diesel aka Shaquille O’Neal, click here to order your tickets online.

Shaq also participated in an interview with Madison Brodsky to promote his upcoming event. During their conversation, the former professional basketball player called Weezy “the greatest to ever do it”. Check it out below! 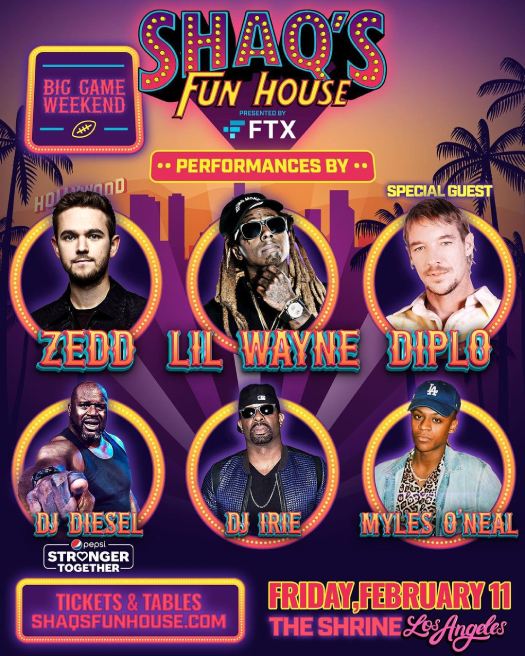