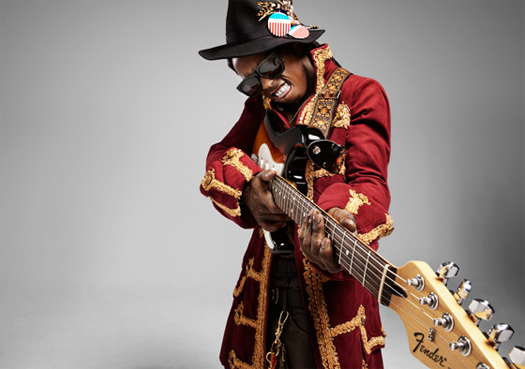 Jason recently talked to Young Money’s Lil Chuckee about an upcoming collaboration he has with his YM boss, Lil Wayne. This marks their first collabo together and we should be getting the track before this year ends. The full interview will be posted on YoungMoneyHQ soon, but you can read a preview from it below:

Jason: Oh really? That’s gonna be crazy. What’s the song about?
Lil Chuckee: I wanna say….no, no (laughing) I can’t say anything. I don’t wanna spoil it. This is our first song together, so it’s gonna be great. It’s comin’, you just gotta wait for it.

After the jump, you can view some pics from Weezy‘s photo shoot with VIBE magazine for their October/November issue that is currently on newsstands.

END_OF_DOCUMENT_TOKEN_TO_BE_REPLACED

Lil Wayne Has Eyes On A Collabo Project With Rick Ross

In another excerpt from Lil Wayne‘s feature in VIBE Magazine‘s October/November issue, Weezy speaks on possibly doing a collaboration project with Rick Ross.

According to Wayne, a project with Miami rap don Rick Ross is being eyed. For Weezy, who seems to have a real synergy with Ricky as evident by their last bruising tag-team statement “John,” working with the stout rapper has become effortless. “It’s really easy,” Wayne told VIBE. “I just know how to jump in Rick’s zone and I’m sure he does the same when it’s a song with me on it. I guess it’s just some kind of musical connection.”

Wayne, who is also rumored to also be working on a joint album with his platinum Young Money artist and cohort Drake, believes that being able to collaborate with other acts is the true measure of talent. “As an artist, I can get in your world,” explains Wayne. “That’s the beauty of music for me. That’s what it’s all about: just adjusting to where I’m at musically, adjusting to the belly of the beast and making the most of it with other artists.”

This just shows that Tunechi is still working hard in the studio, as we know he is already working on another YMCMB compilation and the I Can’t Feel My Face collabo album with Juelz Santana. Maybe Wayne and Drake will scrap working on a collabo album together and just work on one with Rick Ross ❓ This would be dope, because personally I think Tune, Drizzy and Rozay are the hottest 3 rappers in the music game today!

Lil Wayne Back Working On Collabo Album With Juelz Santana

According to Mack Maine, Lil Wayne and Juelz Santana are back working on their collabo album called I Can’t Feel My Face. We were supposed to get the collaboration album years ago, but they kept pushing back on releasing it because of “label politics”.

“The next project he’s working on is I Can’t Feel My Face with Juelz Santana,” Maine told XXLMag.com over the phone. “Elz is talented man. He’s a young legend. Wayne’s back working in the studio. He has that and the Young Money album.”

Mack also told XXL that we would get I Can’t Feel My Face before this year ends, along with another YMCMB compilation. Browsing Spotlight catalogue for home products is profitable no matter the season and similarly Safeway Weekly Ad can offer patio products. He also mentioned that Weezy will be releasing another two Carter albums (Tha Carter V and Tha Carter VI), as well as a sequel to Rebirth sometime in his music career.

Birdman recently confirmed with XXL that Lil Wayne and Drake will definitely be putting out a collabo album after both of their solo albums have dropped:

“Wayne and I recently talked about the Weezy/Drake collabo album,” Baby told XXLMag.com. “That’s definitely going to get done.”

Birdman promises that Wayne and Drake will offer up a different sound from that of Jay and ‘Ye.

“It’s older versus younger,” Baby said. “I listened to a few songs off Watch The Throne and it feels like an older feel to me. I think with Drake and Wayne, they young. They young cats. You got 23 and 28. Then you got Jay-Z and them, who are older and really on their way out the game. Then you got Wayne and Drake and them, who are still youthful to the game. So, it’s two different types of music all the way across the board.

“But what they’re doing is great,” he added. “I think it’s great for the game, great for the business, great for retail as a whole. I just think when Wayne and Drake get together is going to be something real special also because we more youthful.”