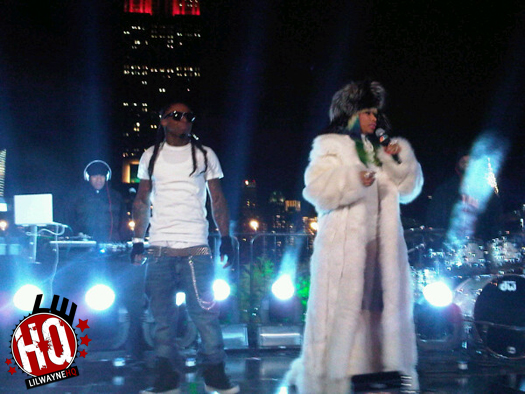 Here are some photos of Lil Wayne and fellow Young Money artists Nicki Minaj and Cory Gunz performing at the Carson Daly taping on the 230 Fifth Rooftop in New York.

They performed the first single off Tha Carter IV, “6 Foot, 7 Foot”, as well as “Right Above It“. The taping will air later this month on December 31st.

You can view more pictures of Wayne and Nicki after the jump below, courtesy of Nicky F Babyy! 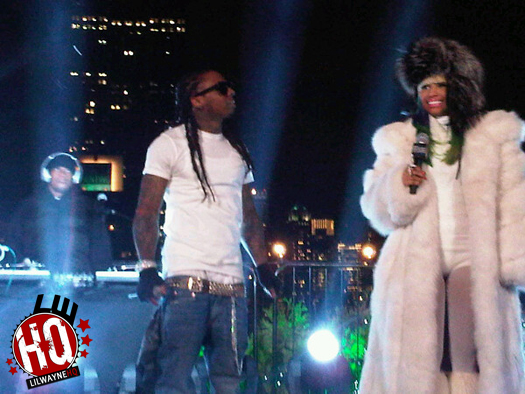 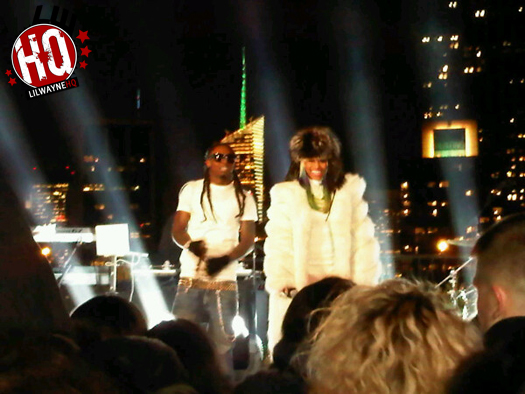 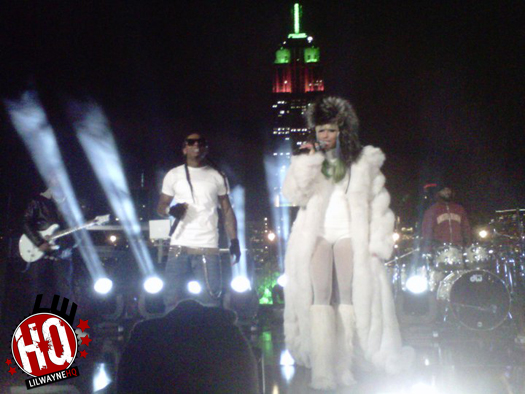 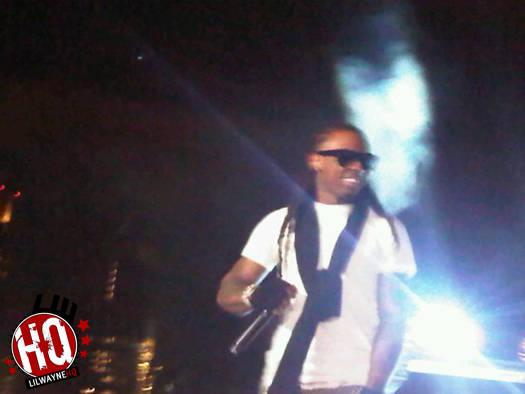 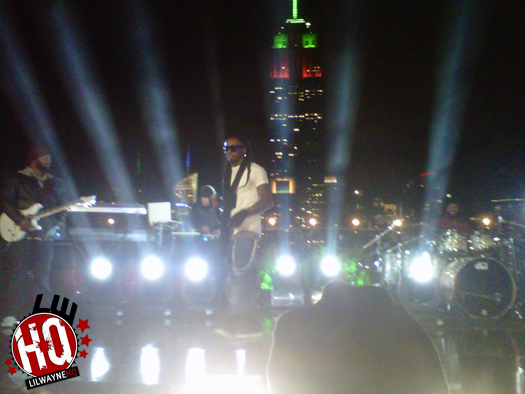 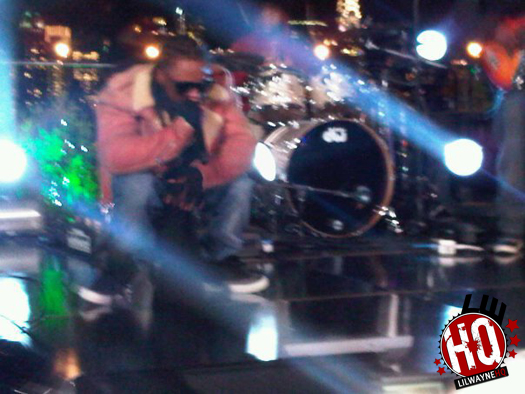 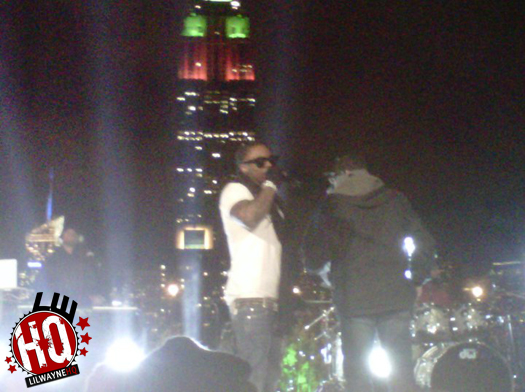 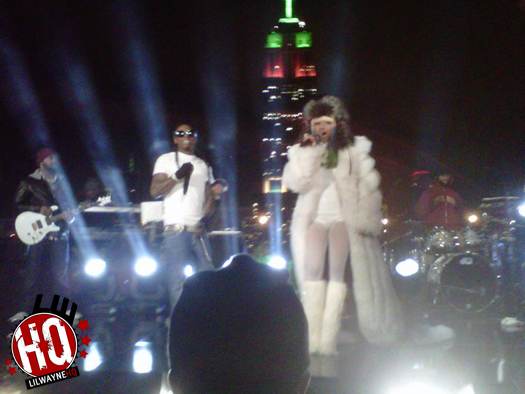 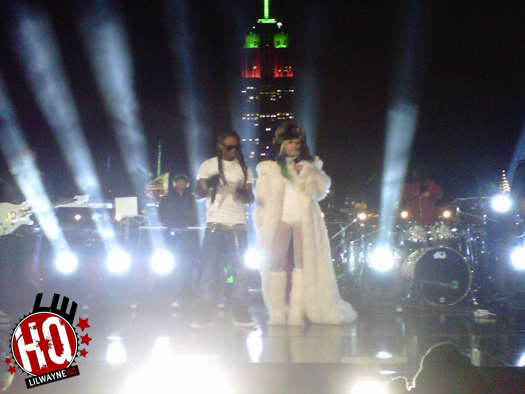 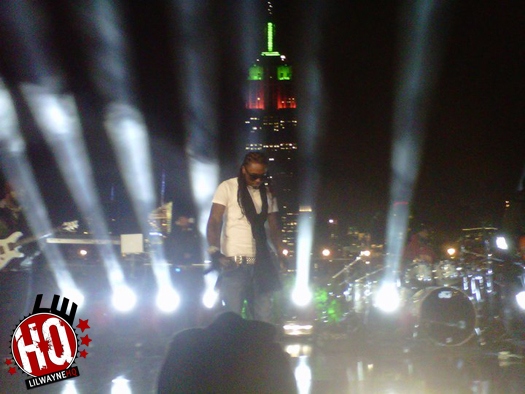 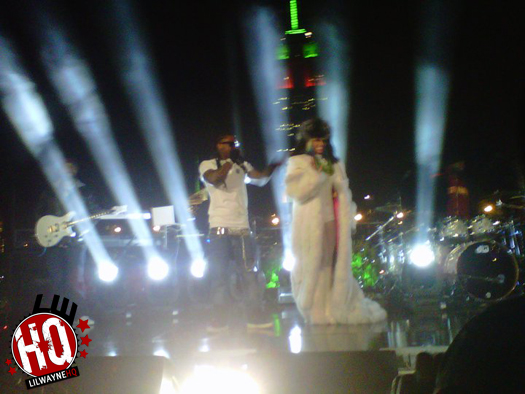 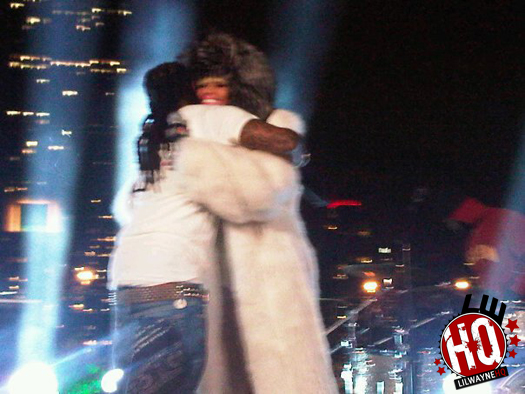 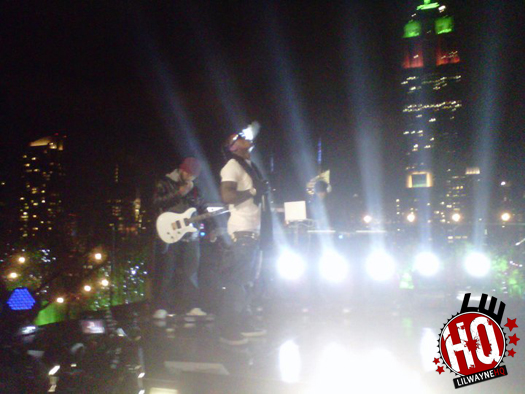 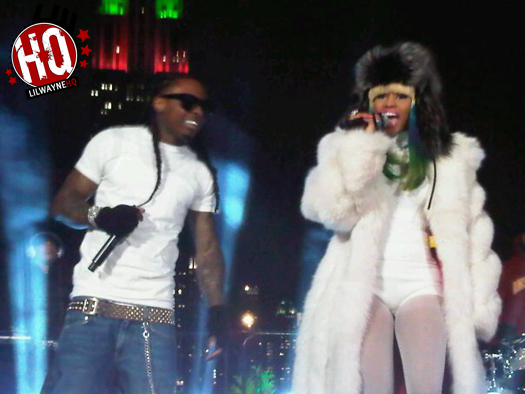 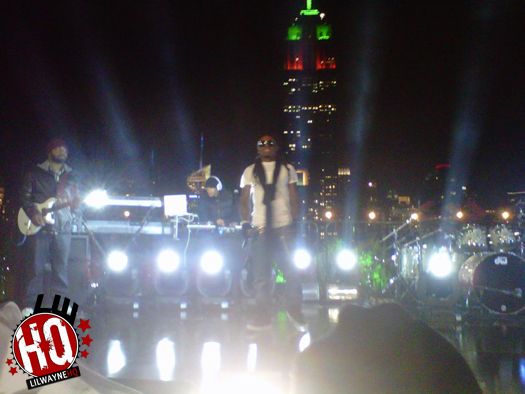