Lil Wayne and professional skateboarder, Stevie Williams, have now launched their clothing lines in a popular department store in the US called Macy‘s. This means that you will now be able to purchase TRUKFIT and DGK apparel from Macy‘s stores, as well as from their online website. Weezy and Stevie both celebrated by making an in-store appearance at Macy‘s store in Beverly Center in Los Angeles, California on June 1st.

Brian and Eddie Boss from DFA, who are regular visitors of LilWayneHQ.com, also had the opportunity to meet Tune at the store on Friday. They said Wayne was really chilled out and in a good mood, which shows that he was excited about his clothing line getting sold in Macy‘s.

You can view plenty more photos of Stevie Williams and Tunechi, who was rocking an orange and black TRUKFIT hat, an orange TRUKFIT t-shirt, drawstring pants and a pair of orange and back Nike Dunks, after the jump below: 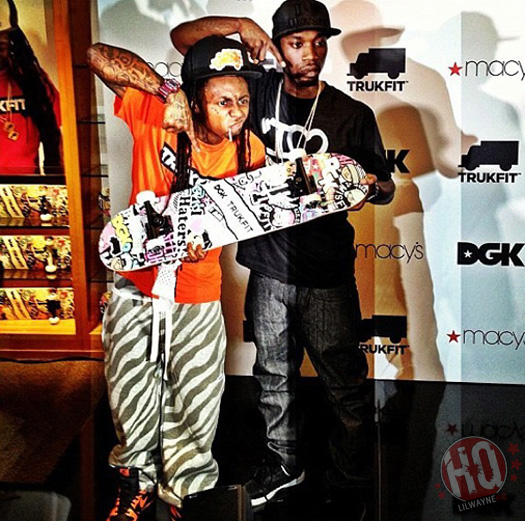 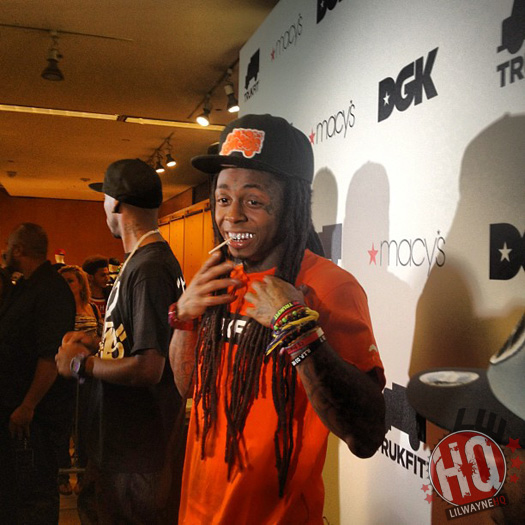 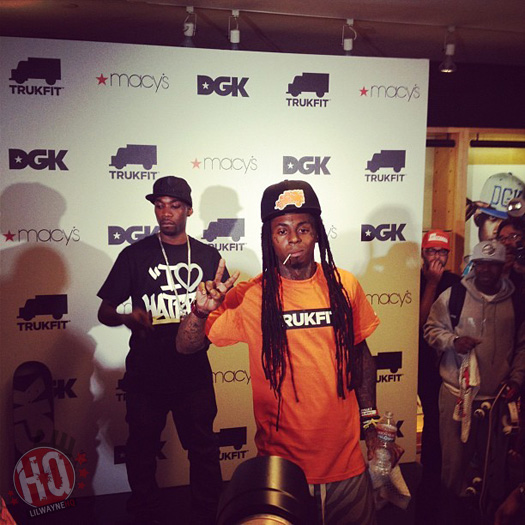 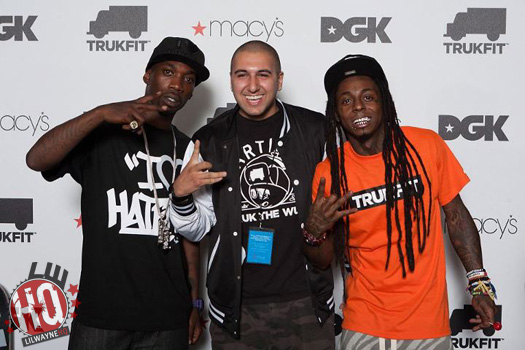 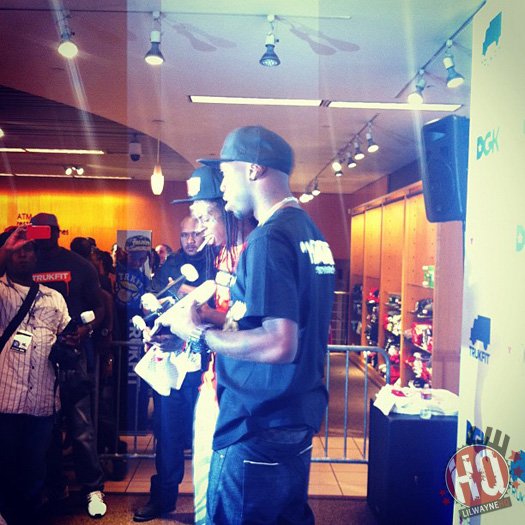 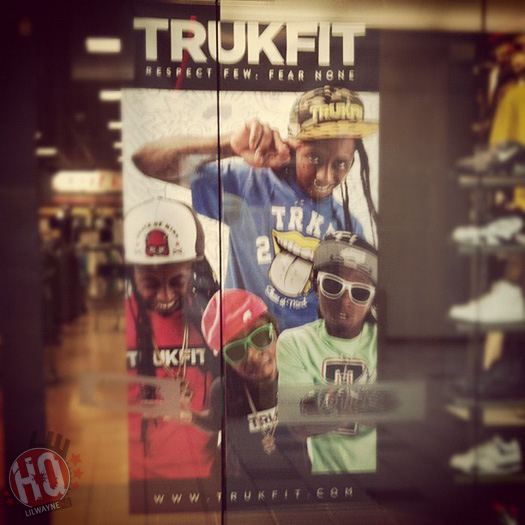