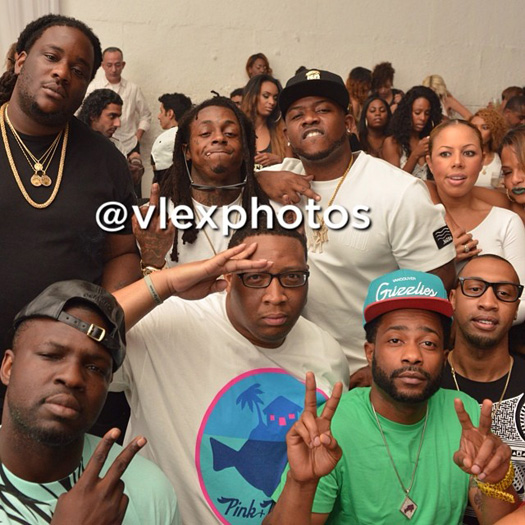 Below, you can watch a clip of Tune shouting out his team and his “baby” inside Supperclub, as well as a clip of him leaving the club and walking to his Maybach when a Crip approaches him. The gang member throws up his set and punches the car.