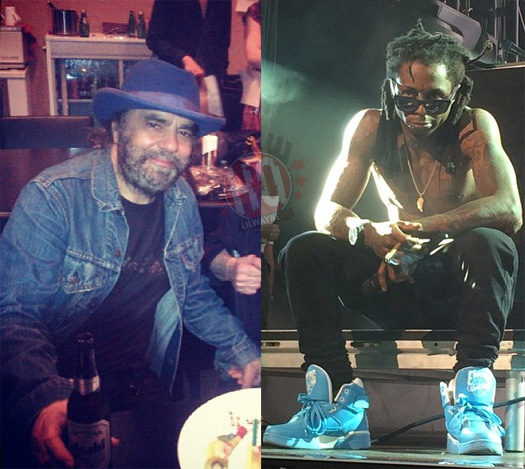 In an interview you did with Pharrell a year ago, you said you’re really into hip-hop, but he didn’t ask why and then you got on to something else. So I want to ask, what do you like about hip-hop?
I like hip-hop because there’s a lot of clarity in the bottom, and it takes bass to a whole other level. I really like some Lil Wayne, where he takes the bass drum and he gives it a note, and that becomes the bass part for the song. So tricks like that. Taking him as a point of reference, he’s new generation New Orleans, and I came up through New Orleans partially working with the Neville Brothers, and I heard Lil Wayne and thought, “this is a young guy who is taking the thing to a whole other level.” And I’ve even borrowed a few things from Lil Wayne since then. On my new record, I took Brian Blade’s acoustic drum performance and I isolated the bass drum, and through some computers, I provided myself with a palette of notes – a seven note mode that I could play to Brian’s bass drum – so it became the bass part. So it’s completely locked like in hip-hop. It’s on a track called “Sioux Lookout” from my new album.