We first heard about this single back in May when it was originally called “Lose It“, but now the song has been renamed to “Gucci Mane” and it looks like it will be released soon.

Late last night, French Montana, Lil Wayne and Rick Ross shot a music video for the collaboration that will include cameos from DJ Khaled, Mack Maine and Lil Durk.

You can view a behind the scenes clip, as well as a few more photos from the “Gucci Mane” video shoot after the jump below! 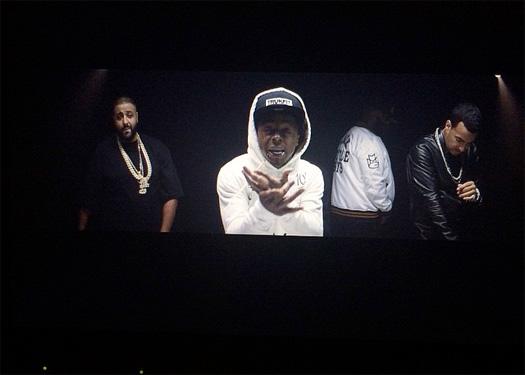