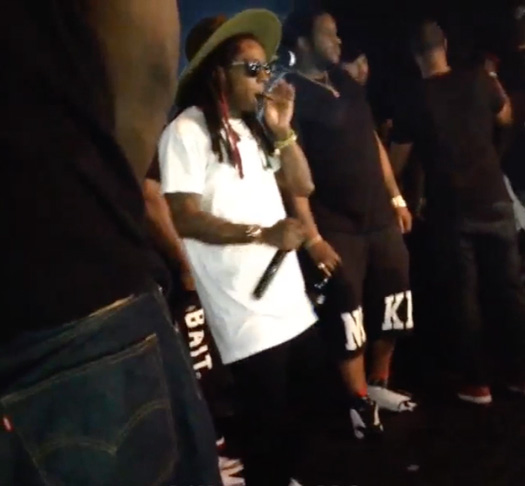 For a stop on his “Release Partiez” tour, Lil Wayne made an appearance and performed live at XO Nightclub in Baton Rouge, Louisiana on April 8th.

During his set on stage, Weezy performed “Coco“, “Fingers Hurting“, “Only“, and “Sh!t“, as well as rapped and jammed out to Chedda Da Connect’s “Flicka Da Wrist” song.

You can check out some footage of Tunechi at his party below. Tune will next be performing live on his tour at the Red Zone Sport Bar And Grill in Memphis, Tennessee later tonight!