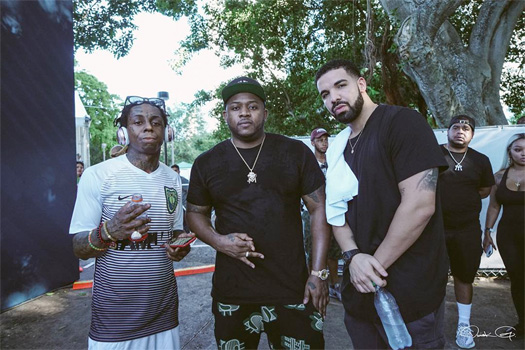 On July 28th, Lil Wayne attended this year’s Fam Jam event, which was a celebrity football (soccer) game hosted by Drake and Draymond Green, at Bayfront Park in Miami, Florida.

Even though Weezy was in a kit, I don’t think he participated in the actual match. However, we can see some footage of him at the event with Nicki Minaj, Mack Maine, HoodyBaby, and others.

Hit the jump to see a couple of recaps of Tunechi chilling at the 2017 Fam Jam celebrity football (soccer) game and chatting to ESPN!