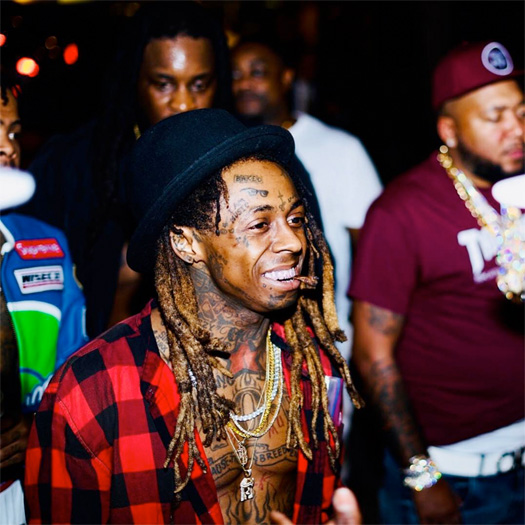 Also at “LIV on Sunday’s” with Weezy was his Young Money crew, Jeezy (who was celebrating his birthday), Fabolous, Busta Rhymes, and more.

You can check out some footage of Tunechi chilling at LIV in Miami after the jump below!