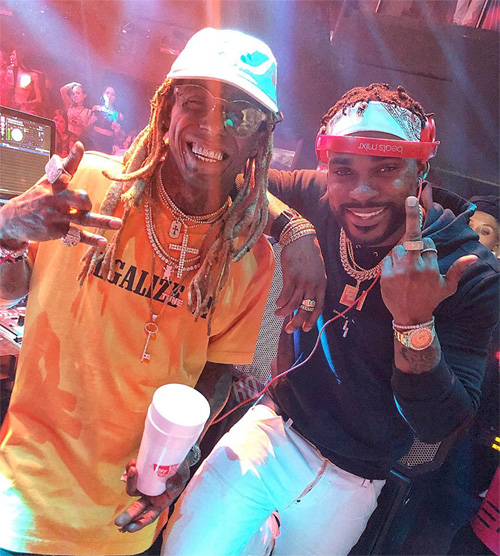 Back in March, we saw a clip of Lil Wayne and Birdman reuniting at LIV nightclub in Miami, Florida during #LIVonSundays.

That is not the only thing what went down at LIV on March 11th as Tunechi and 2 Chainz also put on a live performance for everyone in attendance.

While on the podium, Tune performed “I’m Goin’ In“, “A Milli” and “Steady Mobbin‘” live, as well as jammed out to Tity Boi performing “Watch Out” and “Good Drank” live.

You can check out some footage and view a few photos from the evening of Weezy at the Miami Beach club after the jump below. My bad on not getting this post up more nearer to the time!