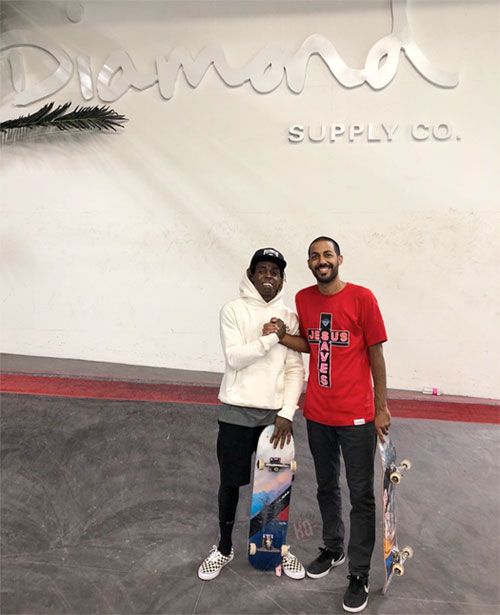 “I’m heading back home from the best trip I’ve had to LA. Getting to know Lil Wayne was definitely a highlight from the trip. Even though I only slept for an hour last night, I was able to go to the studio with him. I’ll just say that Carter V sounds crazy. #ohheywhatsupman”