Check out these dope videos and photos from the front row at Lil Wayne‘s show in Irvine, California last night (August 26th) at the Verizon Wireless Amphitheater, courtesy of Brian Boss Zaghi. The videos are only short, but for some strange reason the security don’t allow the crowd at the front to film Wayne, and in the video above, you can see Weezy give one of his shoes to Brian at the end of the concert! Tunechi will be performing next on his “I Am Still Music” tour in Englewood, Colorado at the Comfort Dental Amphitheater on August 30th.

Hit the jump to see the rest of the footage and photos from front row, and you can also view some more great footage from the same show over on our forums. These videos show exactly why Tune is one of the greatest entertainers around.

Lil Wayne speaks to the females

Lil Wayne speaks to the audience 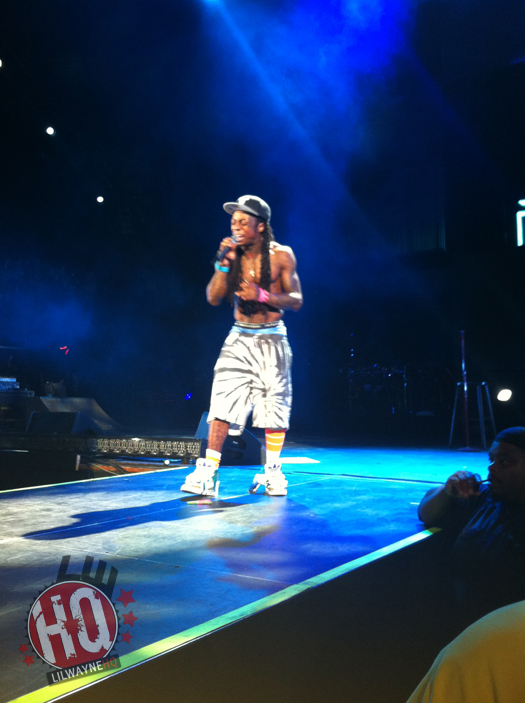 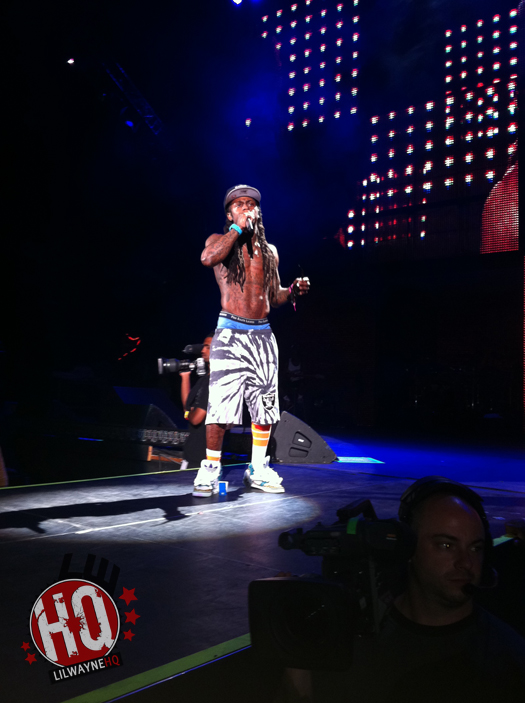 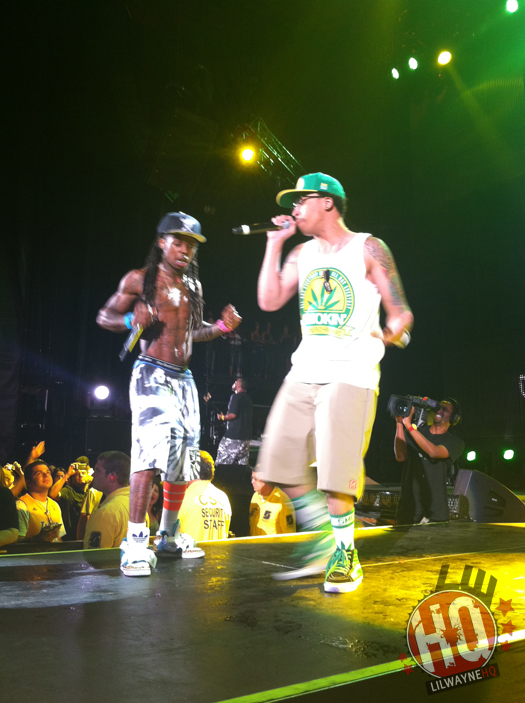 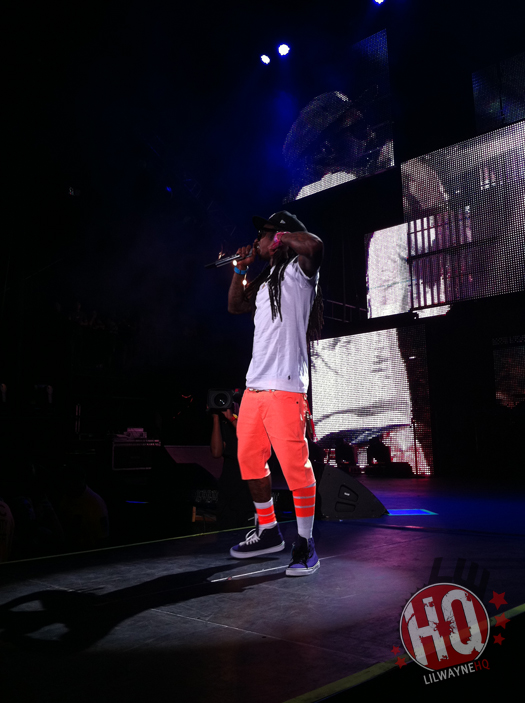 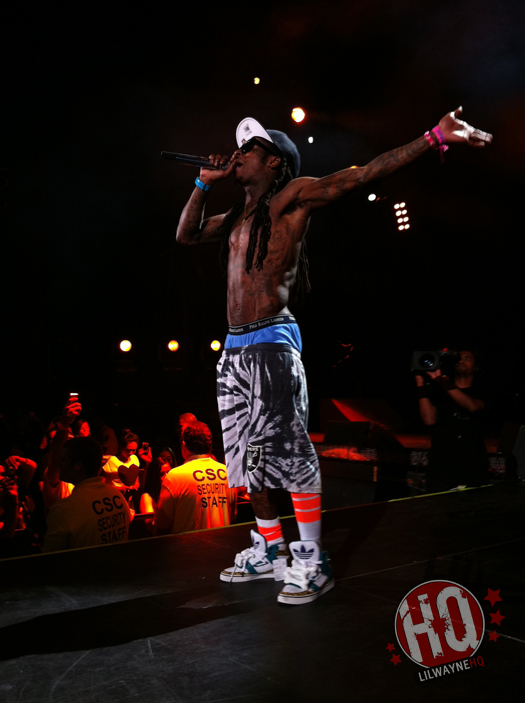 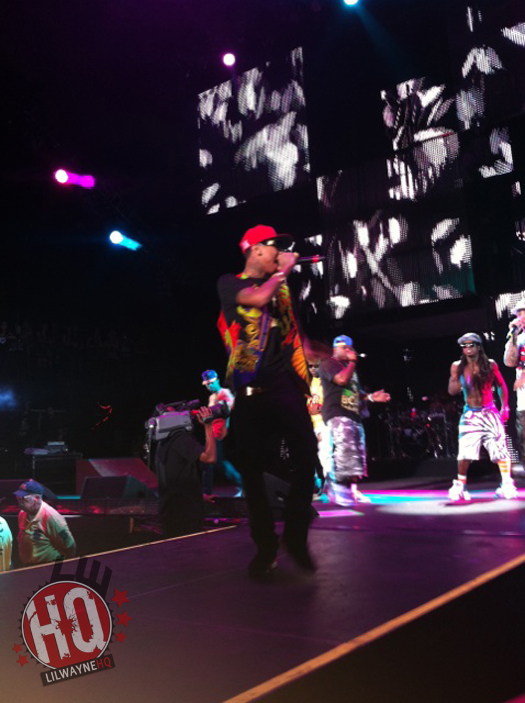 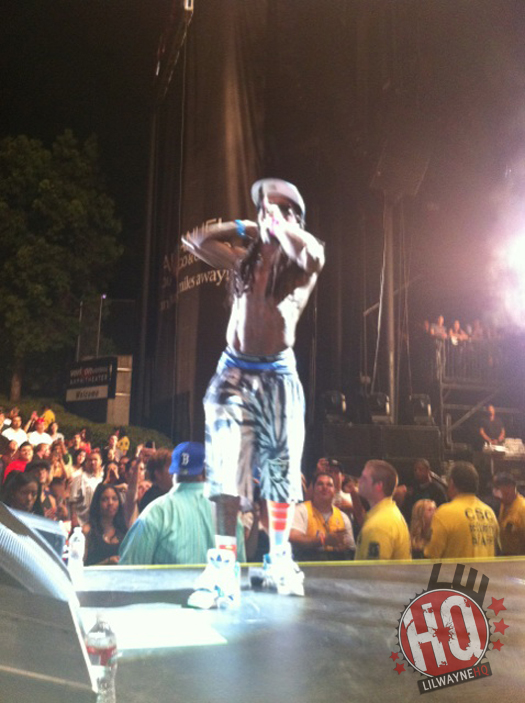 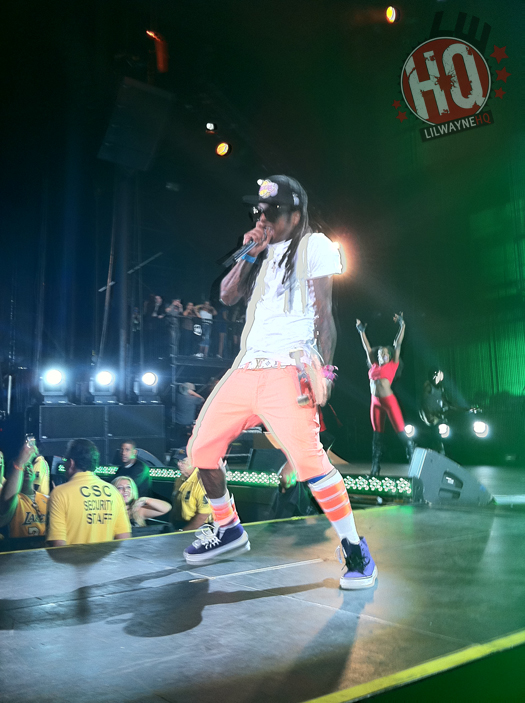 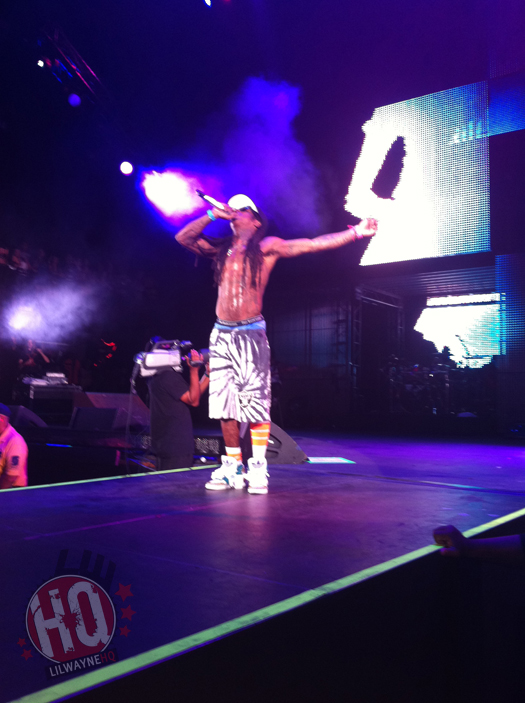 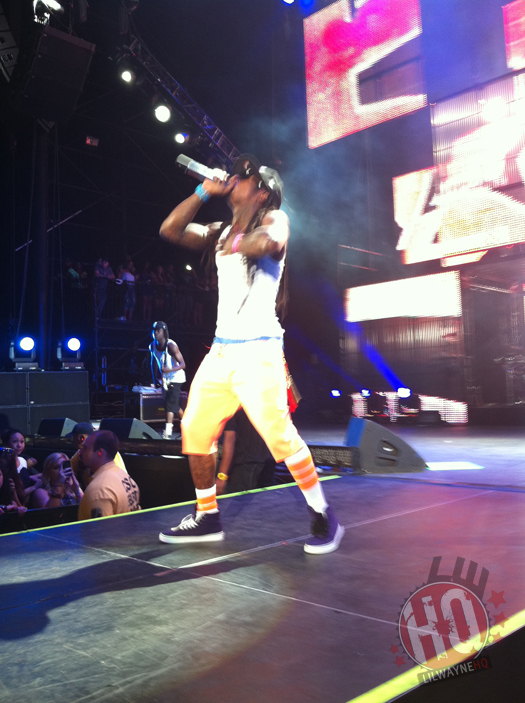 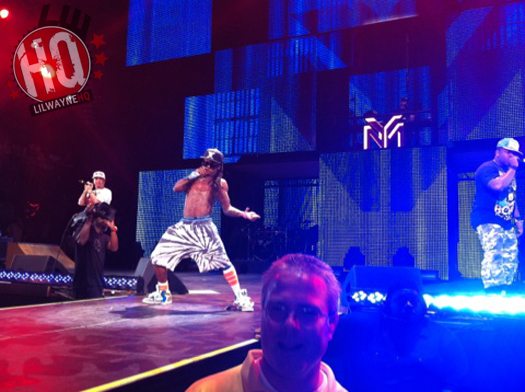 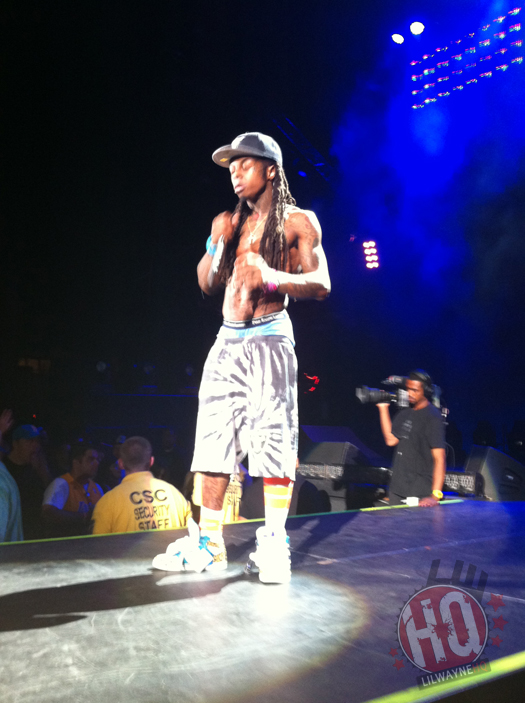 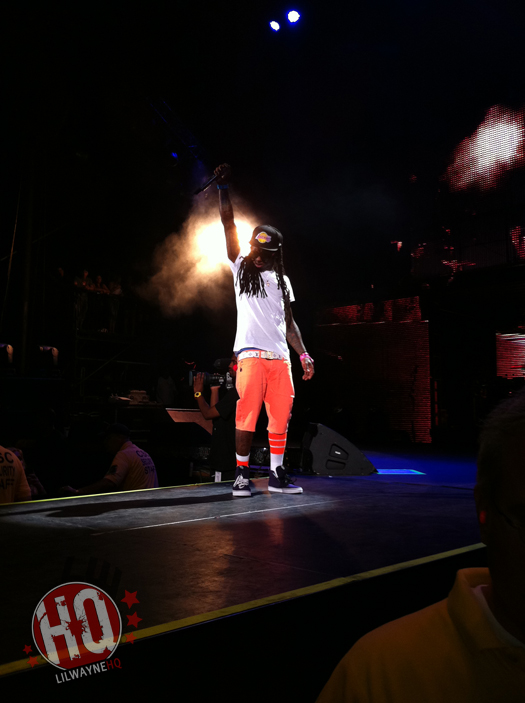 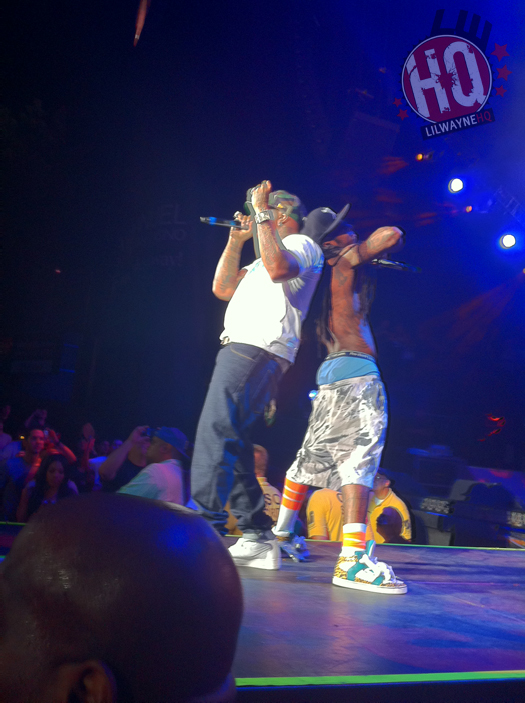 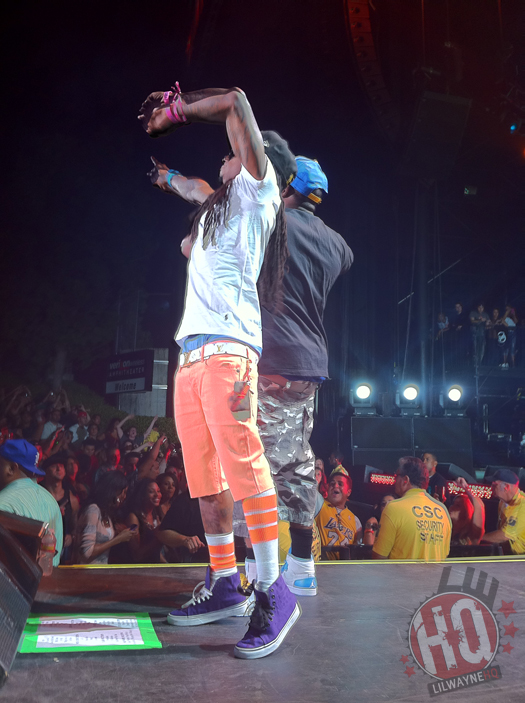 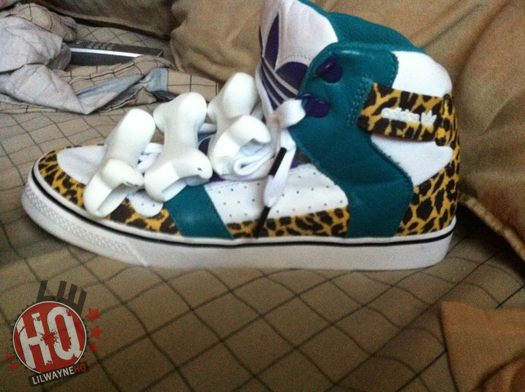