Check out some behind the scenes footage from DJ Khaled‘s “Take It To The Head” video shoot featuring Lil Wayne, Chris Brown, Rick Ross and Nicki Minaj above. The video, which is being directed by Colin Tilley, was shot in Los Angeles and will include cameos from Bow Wow, Birdman, Trey Songz, Drake, Mack Maine, Busta Rhymes and more. Khaled‘s Kiss The Ring album will be released this summer.

You can also view a photo of Weezy on set of the video shoot after the jump! 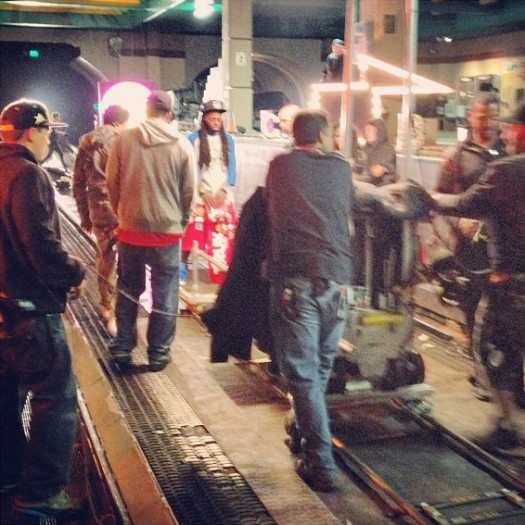