Who Is Going To Be Featured On Lil Wayne’s “No Ceilings 2” Mixtape?

As of right now, it looks like both King Los and Turk are going to be featured on Lil Wayne‘s upcoming No Ceilings 2 mixtape, due to be released later this month on Thanksgiving Day (November 26th).

Los previously hinted that him and Mr. Carter have a collaboration on the way and it looks like it will be appearing on the sequel to No Ceilings as he recently tweeted: “No ceilings 2… [for Kings only]”.

The former Hot Boy, Turk, shared a screenshot of a text conversation he recently had with Tunechi that you can check out below. Turk can be seen asking Tune to send him a song for him to jump on.

Not longer after the second installment of Wayne‘s No Ceilings mixtape series was announced, ILoveMakonnen went on Twitter to tweet: “No ceilings 2, all will be right in the world again”.

Even though this may just be Makonnen being a fan excited to hear the project like all of us, it could also be possible that he has a feature on the tape, or Weezy hit him up to send a beat he can remix!

Who else do you think will be featured on Lil Wayne‘s forthcoming No Ceilings 2 mixtape?

No ceilings 2, all will be right in the world again 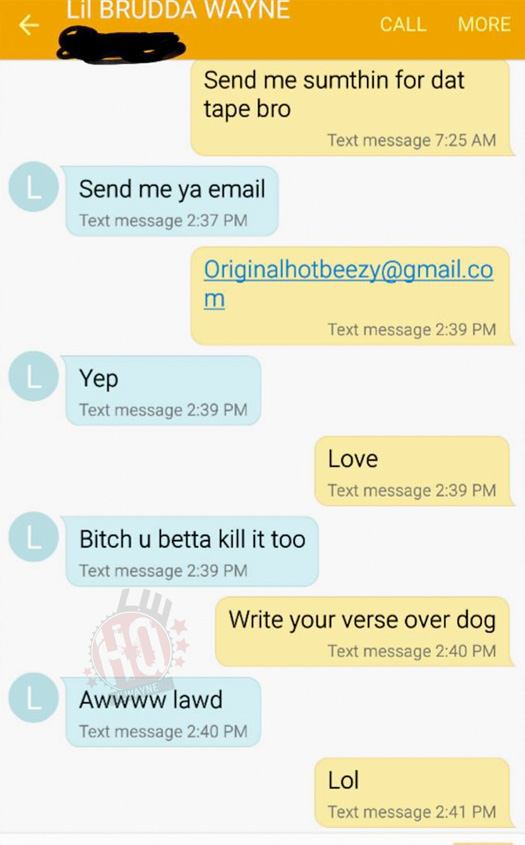