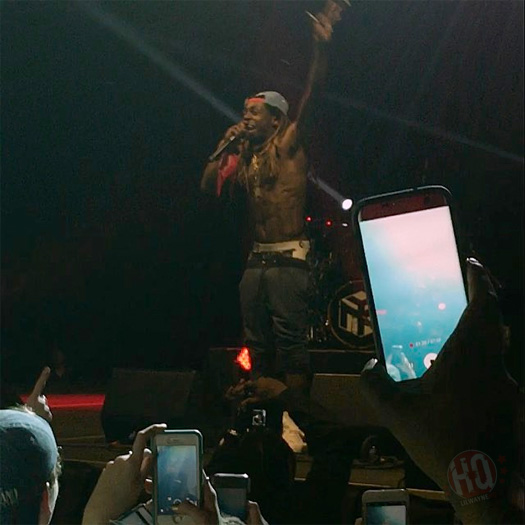 Earlier this month on April 9th, Lil Wayne performed live at the University of Rhode Island in South Kingstown for a stop on his “Kampus Krash Tour“.

You can check out a recap of the concert in a video below, courtesy of Felipe Barbosa. Weezy also brought out his Young Money artists Mack Maine, HoodyBaby, Gudda Gudda, and Euro during the show.