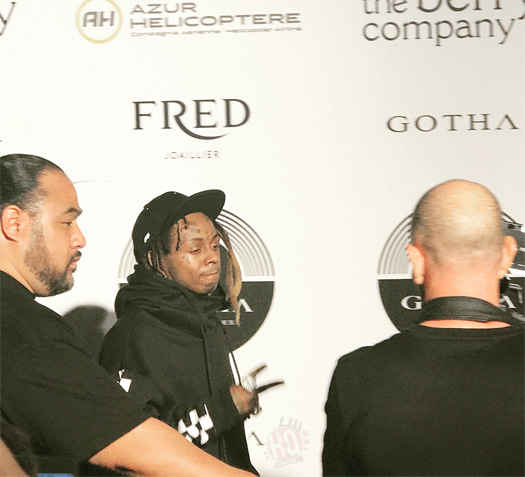 Just over a year ago, Jazz Cartier released a dope “Lil Wayne” tribute song, which got Wayne‘s attention and made him tweet:

Billboard recently caught up with Jazz for an interview to ask him how he felt about Weezy‘s response to the track and if there will be a collaboration from them in the future.

Cartier mentioned that he doesn’t really need co-signs from celebrities, but the one from Tunechi is the one he “wanted the most” and he is now “good for life” from it. He also revealed that he is working on getting a Tune feature for his upcoming album!

How did you feel about Lil Wayne’s response to your “Lil Wayne” record?
Oh, that was fire. I think that kind of pushed the meter a lot for me, personally. I don’t need a lot of celebrity co-signs, and I never really wanted one, but that’s the one that I wanted the most. I’m good for life.