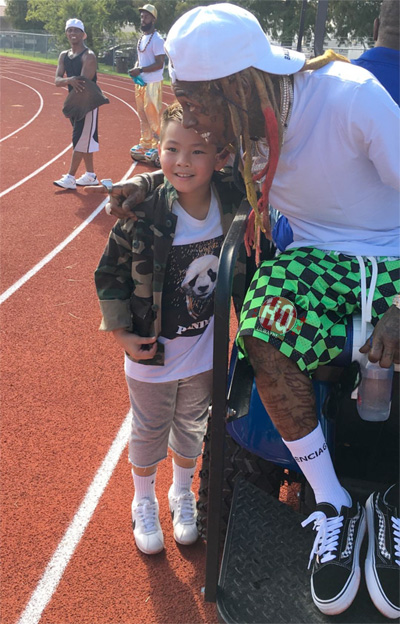 A couple of months ago, Shy Glizzy was a guest on the weekday MTV television series, TRL (Total Request Live), and during his appearance, he chopped it up with host Sway Calloway.

In their conversation, the Washington rapper spoke on Lil Wayne and his Tha Carter V album before going on to call Wayne “The G.O.A.T.”, his favorite rapper, and his biggest inspiration.

Even though he says the whole C5 project is “banging”, Glizzy did reveal his favorite songs are “Mona Lisa” featuring Kendrick Lamar and “Uproar“. You can watch the interview after the jump below!