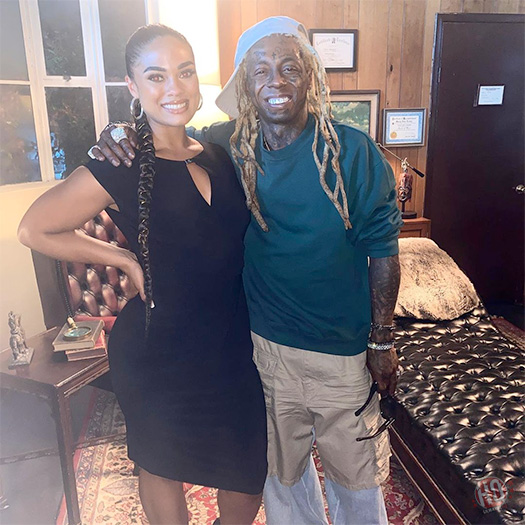 It must be a complicated time to headline and organize a big festival.
It’s pretty exciting, bro. The show I had probably a month ago in Miami, that was the first time I’d been onstage in so long, I actually had to rehearse the songs. I love performing so much that there’s no usually no real prep for me. It’s just totally ‘What time should I be there.’

But with [Uproar], it changes every day. I always like to give people a peek at everything we’ve got going on with Young Money, but yes, there are a bunch of difficult things going on too. It’d be impossible not to think about that. So we asked what’s the best approach [to safety] we can take?

Is it hard to know what the right things are to do about the Delta variant and concerts right now?
We’re doing all the things we’re supposed to do. At the end of the day, if we can provide a safe and productive show, then it’s a success.

You’ve always been known as someone who put a lot of care into his albums, but in hip-hop right now, it’s all about the individual streaming track or even the Tik Tok clip. Is the album a lost art ?
It is. Music lacks some creativity. But I like the real calm, cool flow of Pooh Shiesty. It gives me an old Fabolous vibe. LPB Poody, I did the remix for a song called “Batman.” One of the lines whacked me in the face and I said, “OK, you got bars, you’ll probably be around for a minute.” And Polo G, I think he’s real genuine.

But it’s the pace that music’s coming out today, the speed of popularity and how that comes with such minimal product. I remember when my first solo album went platinum and I still was little among the big dogs. I still had a lot to learn and a lot to prove. Whereas nowadays, you just sell a few, get a few follows and it kinda seems like the same success. It was not easy for me. I don’t want to say that it’s easier now, or that it’s easy for them. I just don’t want them to think that it gets any easier.

Speaking of which, have you kept up with what DaBaby said?
Oh? No.

He said some homophobic things, and almost every summer festival dropped him immediately after social media turned on him.
You know how it does. The spotlight on artists and celebrities is absolutely crazy. You don’t even have to be a celebrity. Even normal people can feel like they’re wrong because their 200 followers said something. But that’s the power of social media today.

This year, hip-hop lost legends like DMX and Biz Markie. I know you’ve had some close calls yourself over the years with health issues. What can the industry do to better look after its veteran artists?
I may surprise you with my answer. My answer is “absolutely nothing.” The industry has nothing to do with your life and your productivity. It’s not what the industry should be doing for us. It’s about what we can do for ourselves.

I don’t work out, but my main thing is I haven’t eaten fast food in about 20 years. My mom’s a chef, so that’s always been vital to me, to eat a home-cooked meal every night. She makes the best gumbo, but I have a chef and they make sure I eat vegetables every day.

You’ve rapped a lot about Lean and there’s a lot of imagery from that in your lyrics. So many rappers, young and old, have struggled with that kind of thing. Have you found ways to taper off or understand how that stuff fits into a stable life?
It’s life. You do what you do with it. I guess with the Lean or whatever, it could be Lean but it could be coloring books. You don’t make it your thing, you try not to make it the fixture in your life, whatever it is.

You met with President Trump to talk about criminal justice and Black business. Was that a complicated decision? Did you feel like progress was actually possible with him?
Progress is always possible.

Did you get a lot of pushback for taking that meeting?
Nah, not at all.