The “Drake vs. Lil Wayne” Tour Makes A Stop In Seattle, Washington [Videos] 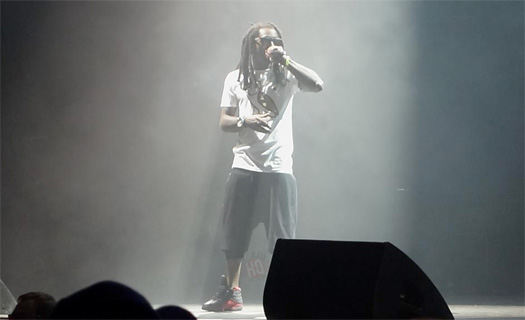 On September 14th, Lil Wayne and Drake performed live on their joint tour at the White River Amphitheatre in Auburn, Washington.

Below, you can watch some great quality footage of Weezy F Baby‘s full entrance, him winning the “battle” out of himself and Drizzy Drake, and the end of the show, courtesy of Shaunna Davies. If you missed when I posted up photos from the concert, you can view them here!

Drake performing “Pop That” and sending shots at Lil Wayne for bringing out the guitar and not playing a single note.

Lil Wayne performing “How To Love” and “Mrs. Officer”.

Drake performing “Started From The Bottom” and the winner of the concert being announced.