There shouldn’t be anymore confirmation needed, but I still see some Lil Wayne fans questioning if there is going to be a second part of Dedication 6 released.

Mack Maine confirmed on Instagram that there will be a part 2 of D6 dropping in the future and hinted at Drake being featured on it.

You can check out a screenshot of the Instagram comments after the jump below! When do you think part 2 of Dedication 6 will be released? 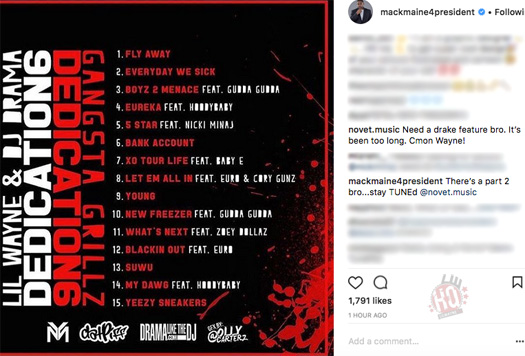