Are Rich The Kid & Lil Wayne Working On A Collaboration Album? 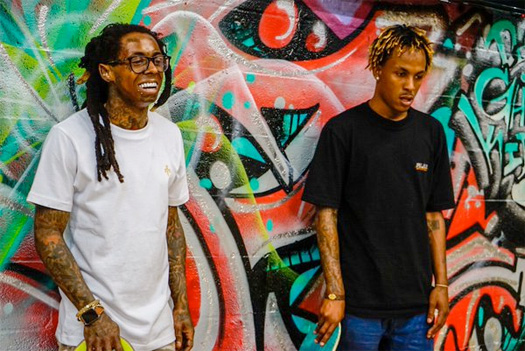 A couple of days ago, Rich The Kid took to Twitter to hint at working on a joint project with Lil Wayne by tweeting:

Even though the Rich Forever Music CEO didn’t say Mr. Carter‘s name directly, he did say “The G.O.A.T.”, which is what Tunechi has been calling himself a lot lately. We’ve also heard Rich call Tune “The G.O.A.T.” numerous times in interviews.

Another big hint that the upcoming collaboration album is with Wayne is due to Rich The Kid putting 9 underscores in the tweet and that’s how many letters is in “Lil Wayne” (including the space). For whatever reason, the tweet has since been deleted, but would you be excited to hear a collabo project from Rich and Weezy?