“I talked to him last night before y’all heard about anything, so he’s straight. Young Money for life, you dig? Get well soon homie. Hit me up!” – 2 Chainz

“I didn’t get a chance to check in with Lil Wayne, you know he has probably a million people checking in with him at the same time. When I see him I’ll make sure he’s good. Wayne, that’s the homie.” – Meek Mill 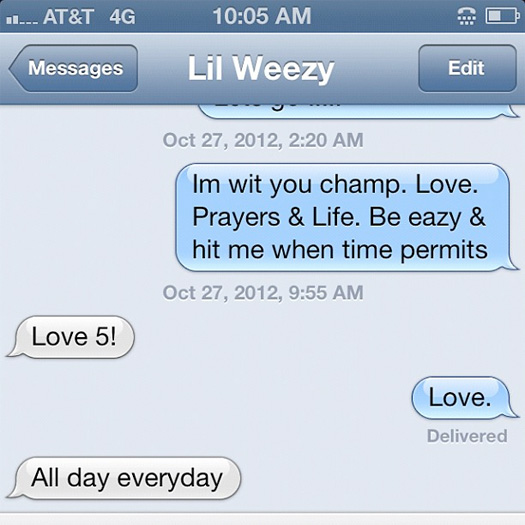