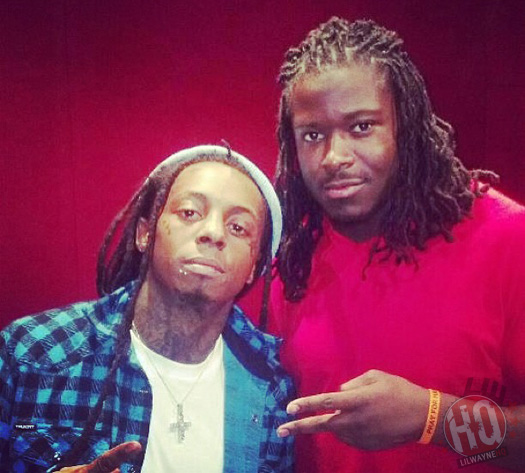 Six days after being rushed to hospital after suffering from multiple seizures, Lil Wayne is still recovering in the Intensive Care Unit at Cedars-Sinai Medical Center. Birdman tweeted that Wayne would be heading home at the weekend, but it looks like Weezy F Baby‘s condition has not got any better so the doctors are keeping him in the Los Angeles hospital for a little longer.

Other than his family and close friends, Drake, Chris Paul, Baby and Nicki Minaj have all been spotted visiting Tunechi to show their support. While promoting their Spring Breakers film on Friday, Selena Gomez and Vanessa Hudgens also showed their concern for Weezy and his health trouble. Check out what they said below:

At the March 15 press conference for Spring Breakers at the Beverly Hills SLS hotel, Vanessa, 24, and Selena, 20, began to speak out about Lil Wayne’s terrifying experience.

Vanessa said “Can you believe what happened to Lil Wayne?!”, which prompted Selena to ask “Will he be OK?.” Vanessa replied “I don’t know…”

Selena, ever the optimist said “He’ll be OK.” Someone then said “Apparently he is getting better…”, to which the Wizards of Waverly Place star said “OK, Good!”