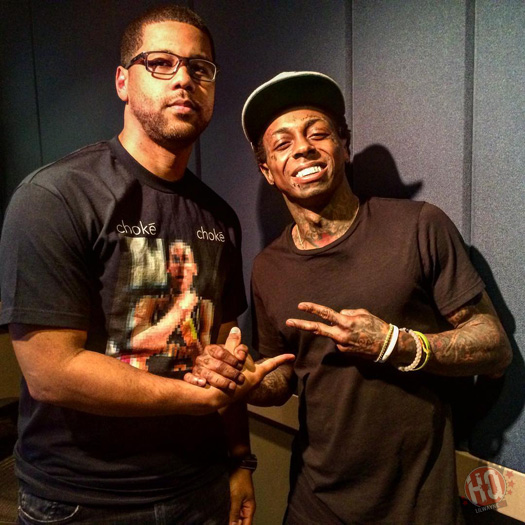 Michael Smith recently chatted to Lil Wayne on his ESPN Radio podcast called “His & Hers“, which you can listen to below, about the tenth anniversary of Hurricane Katrina, what he lost from the natural disaster, his hometown New Orleans, and how he is dealing with his current court cases.

Weezy also talked about the New Orleans Saints, his upcoming “Lil Weezyana Fest“, confirms that he will be bringing out DJ Jubilee and more surprise guests, as well as that he will be performing songs off the Hot Boys album Get It How U Live!! like “Block Burner” and “Neighborhood Superstar“.

Before they wrapped up the interview, Tunechi discussed being a father to his 4 children, what they are all into, how it is having a 16-year-old daughter, and what he likes to do with his kids. I have to personally say that I think it’s so cool Tune‘s oldest son is into his soccer and got Cristiano Ronaldo‘s approval. Maybe one day we will see Dwayne Michael Carter III playing for Manchester United FC haha!