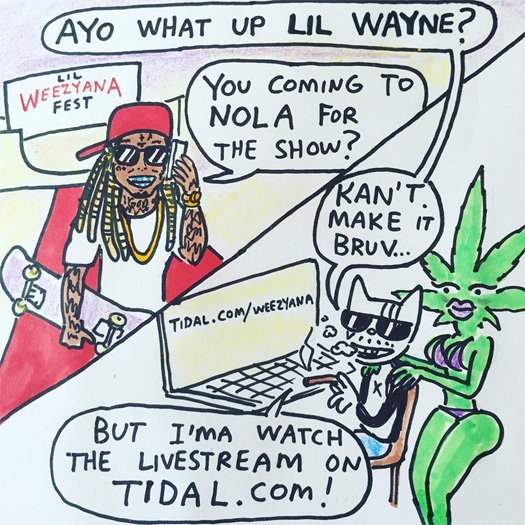 Tune also announced at this year’s “Lil Weezyana Fest” to look out for ColleGrove 2 and let everyone know that it’s still fuck Cash Money. If you couldn’t make it to the concert, you can stream it after the jump below, courtesy of TIDAL!